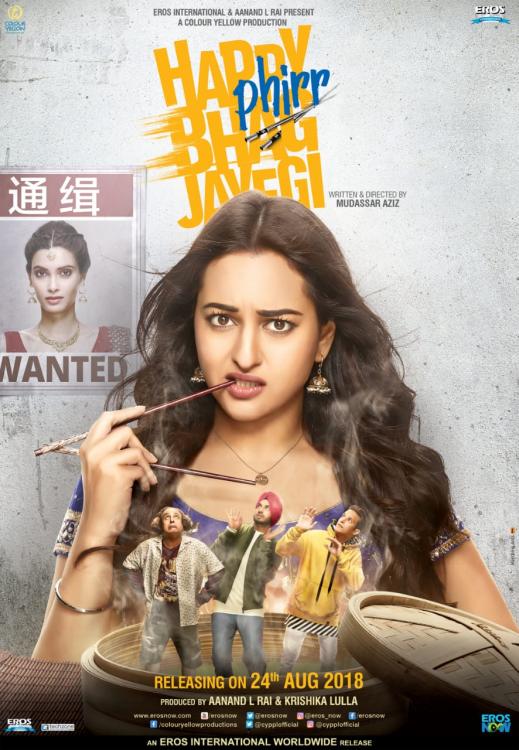 The movie is a sequel to the movie ‘Happy Bhag Jayegi’ (2016), and has once again been directed by Mudassar Azis. The first movie was shot in Lahore, but the sequel has now gone international and we can see most of the film has been shot in China.

Here we go. Feels super amazing & blessed to debut with my most fav @aslisona. Thanks to my team @cypplofficial #MudassarAziz @aanandlrai sir trailer link in bio

In the three-minute trailer, we see the comedy confusion of a girl called Harpreet Kaur aka Happy. Played by Sonakshi, she is kidnapped by Chinese gangsters, after they confuse her with another girl they were meant to capture. Jimmy Sheirgill and Piyush reprise their roles, and Punjabi singer Jassie Gill makes his Bollywood debut as he plays a taxi driver in the movie.

The trailer takes us on a journey on the triangle between Sonakshi, Jimmy and Jassie’s characters, providing a lot of laughs along the way. It gives us an insight to the crazy story of the movie, and definitely makes this a must watch when it arrives in cinemas on August 24th.

It’s a light-hearted movie, and after the unexpected success of the first movie, we’re sure the sequel will be full of comedy and entertainment. The trailer has already received a lot of love, so fans will be eagerly awaiting the release of the movie. In the meantime, catch the trailer below.