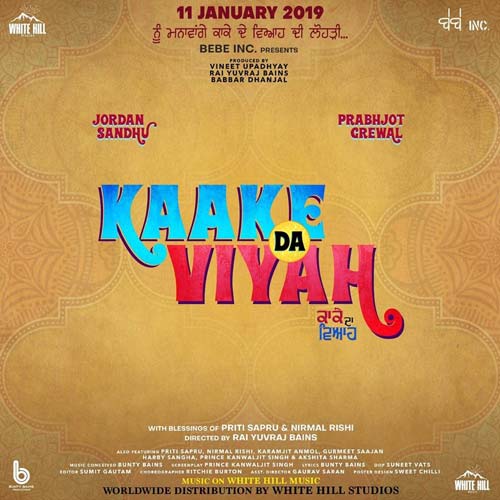 The makers behind the upcoming Punjabi movie ‘Kaake Da Viyah’ have released the trailer for the flick.

2019 is set to be a big year for Punjabi cinema and we can expect a lot of new and fresh approaches from the industry. One of the films we can expect to see this year is ‘Kaake Da Viyah’, which will be marking the debut of Punjabi singer Jordan Sandhu as the lead actor.

The trailer opens to Nirmal Rishi (playing the grandmother) and Priti Sapru (the mother) battling in court to win the custody of Jordan Sandhu. Jordan is faced with a huge decision to make, that has been made by the most three important ladies in his life.

The flick also features Prabh Grewal, Harby Sangha, Karamjit Anmol, Himashi Khurana and more. With such a stellar cast, we are in store for a lot of laughs and entertainment in this romantic comedy.

The flick is set to be released on 1st February.