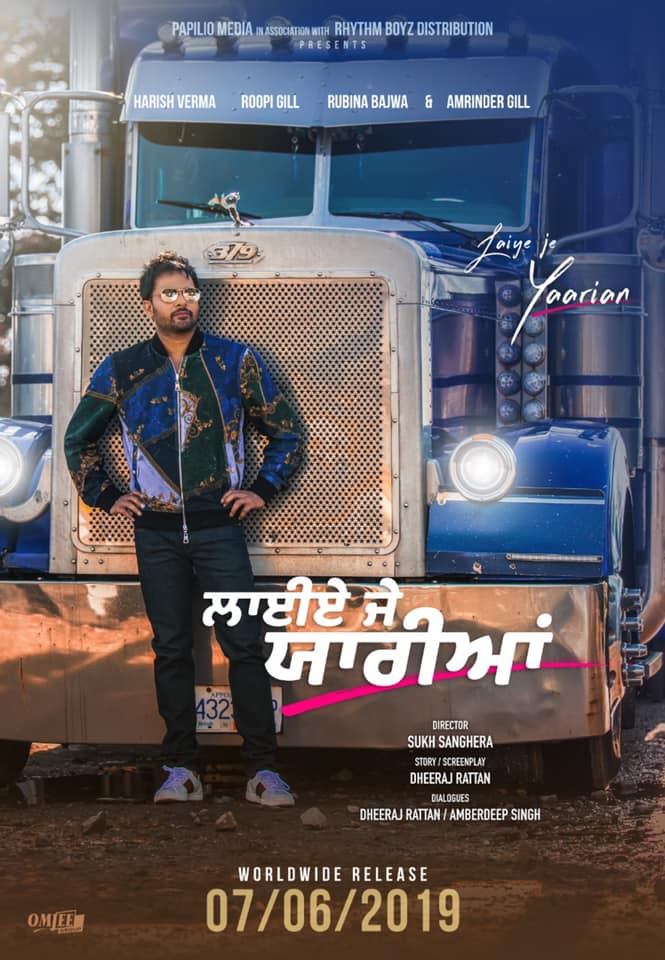 The filmmakers behind the upcoming Punjabi movie ‘Laiye Je Yaarian’ have released the trailer.

2019 has been bursting with Punjabi films and many have already broken box office records. One film which fans have been waiting for is Amrinder Gill’s – Laiye Je Yaarian. The flick was first announced on the singer/actor’s birthday and as we approach closer to the release, the makers have started to release more content.

Earlier this month, we were treated to ‘Darshan Mehnge’, which was the first time we have heard from Amrinder Gill in a while. Fans caused a frenzy over the track, and has them excited over the release.

Now, the trailer has finally arrived and gives us a closer look into the story line.

In the under three-minute trailer, we’re introduced to the characters of Roopi Gill and Amrinder Gill, and then later Rubina Bajwa and Harish Verma. The trailer boasts a big scoop of comedy, confusion, madness, and a drop of romance and revenge plotting.

We meet Garry Randhawa (Amrinder Gill) who takes over the company of Roopi Gill’s father. In order to take him down, she hires Harish Verma as the manager, but we find out he turns out to be an insider from the other side. However, who’s side will Harish choose in the end?

Amongst all this chaos, Rubina Bajwa plays the role of a banker, whose closeness with Harish causes Roopi to become jealous. Amberdeep Singh makes a quick cameo who will provide the comedy.

The Sukh Sanghera directorial will be hitting the cinemas on 5th June 2019!