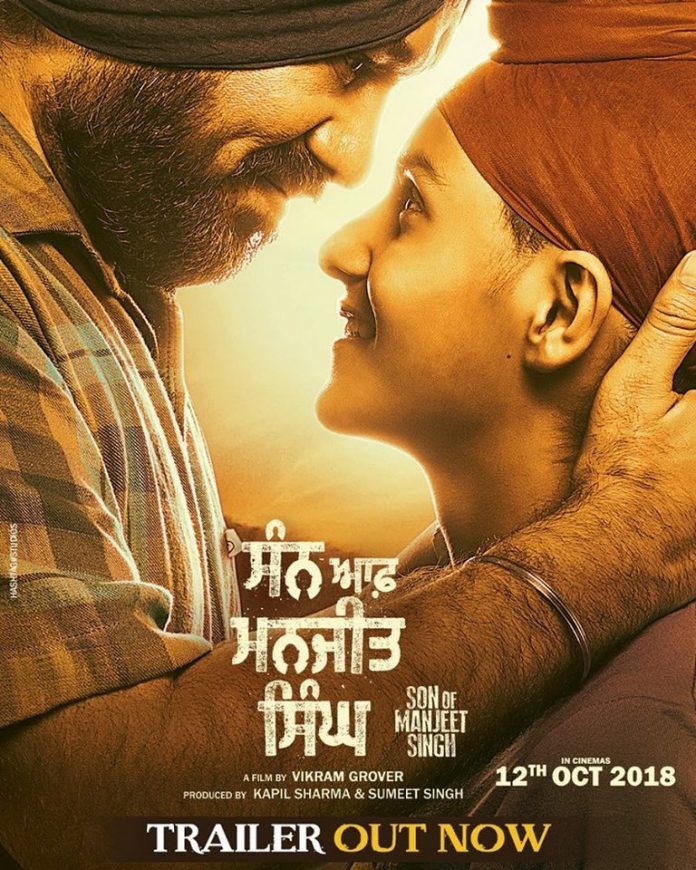 The makers of the upcoming movie ‘Son of Manjeet Singh’ have released its trailer, ahead of its opening on the 12th October.

Starring Gurpreet Ghuggi, BN Sharma, Karamjit Anmol, Japji Khaira and many more, this Punjabi movie looks to be an emotional but inspirational story of the struggle of a child to follow his dreams while still obeying the wishes of his father and doing well academically.

Dreams and reality are at the heart of this film; the trailer shows the relationship between a father (Gurpreet Ghuggi) and son (Damanpreet Singh). While the father wishes his son to be academically talented and take a well-paid post, his son is invested in cricket and wishes to become like M. S. Dhoni and Yuvraj Singh. It is demonstrative of the different mindsets between the 2 generations and the growing support for following personal dreams.

Produced by Kapil Sharma and Sumeet Singh, the movie is sure to tug at the heartstrings of its audience. Kapil Sharma also provides the vocals for a song in the movie and we’re looking forward to hearing the soulful, emotional track.

Watch this space for more updates about the upcoming movie!