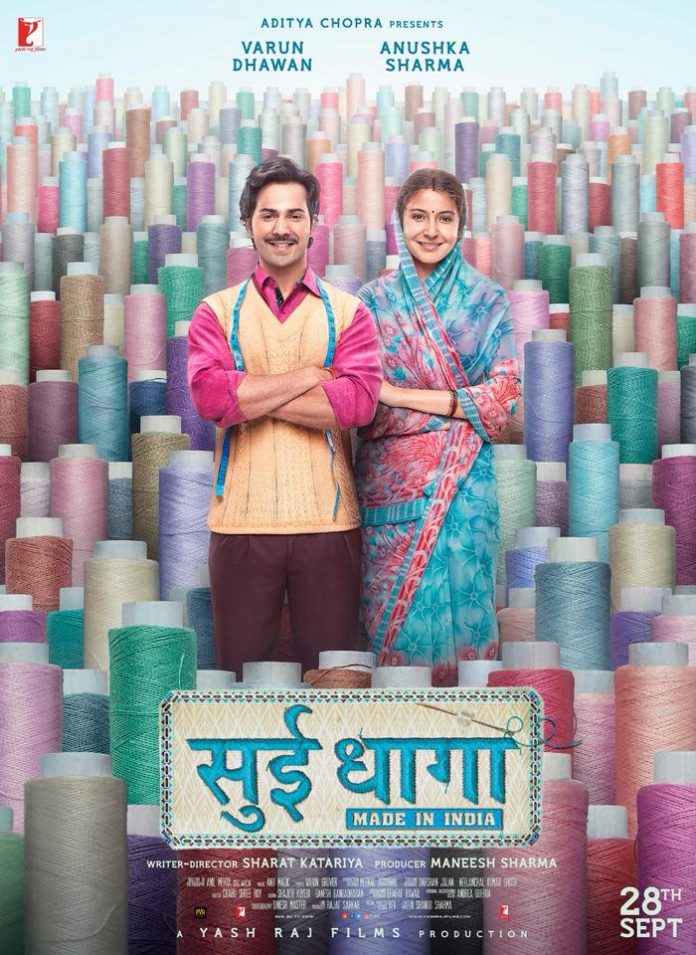 The makers behind the upcoming Bollywood movie ‘Sui Dhaaga – Made in India’ starring Varun Dhawan and Anushka Sharma has been released.

In the movie, we see Varun and Anushka portray the characters of Mamta and Mauji. Mamata is an expert in the field of embroidery whilst his wife Muji, is a tailor in Chandrei, Madhya Pradesh. We see the couple go through high and low points in their career, as they face challenges thrown at them.

We also see Mauhi struggles as a salesmen who sells sewing machines at a shop, who then eventually ends up losing is job. He then takes on odd jobs, where he humiliates himself which leads to Manta hating watching her husband getting humiliated and suggests him to start a business of his own. Together, they work and fight to start a business.

The movie has been inspired by Mahatma Gandhi’s philosophy and has been taken from the Made in India campaign.

This is the first time we see both of then play such roles, and fans of the stars have a chance to see them in a different light. The Sharat Katariya (Dum Laga ke Haisha – 2015) directed movie will hit the bug screens on September 28.