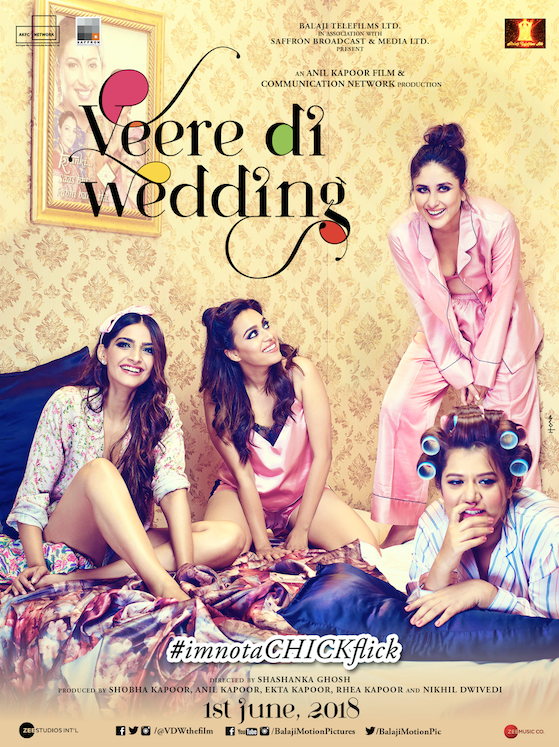 A brand-new poster was shared by the cast on Monday, which gave fans a more in sight look to the movie. It shows the ‘Veeres’ are set for a crazy night and it’s up to the audience to decide whether they are getting ready for a pyjama party or for a girl’s night out?

Sharing the poster on her social media, Sonam Kapoor added: “You think you know my Veeres and me well enough? It’s never what it looks like”, adding the hashtag ‘I am not a chick flick’.

The two and half minute long trailer features the fab four – Kareena, Sonam, Swara and Shikha showing off their crazy friendship. In the film, we see Kareena’s character get proposed to by Sumeet Vyas, and this is when the madness truly kicks off.

The movie isn’t your typical Bollywood movie, and has a lot of WTF moments with the definitely being one for the girls. It’s a movie that all girl friendship girls will be able to relate to and we’re sure they’ll be a lot of laughs along the way.

The movie has been produced by Sonam’s sister, Rhea, and is a comedy-drama revolving around Kareena Kapoor’s character Kalindi Puri’s wedding, where the girl’s friendship is tested.

Check out the trailer below for Veere Di Wedding.