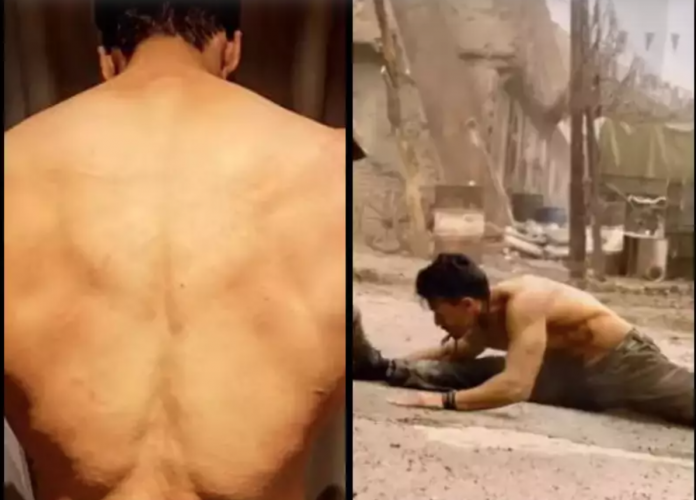 Actor Tiger Shroff, who is a fitness enthusiast, has shared a video of himself from one of his film’s shoots. He has shown the scratches and injuries that he suffered while shooting a high-octane action scene. Tiger went on to call it one of his ‘favourite shots’ that he has done. In the video, Tiger is seen shooting a fight sequence under a tank. The video also features Tiger’s back full of scratches and cuts.

Sharing the video with his fans, Tiger wrote, “Other than the scratches, burns, and claustrophobic feeling under that massive tank….this split under the tank was one of my fav shots that ive done😅😁.”

Meanwhile, Tiger recently made headlines for his alleged breakup with Disha Patani. After dating for six years, the duo reportedly has parted ways. Amid their breakup reports, Tiger was seen cheering for Disha as her film ‘Ek Villain Returns’ was released recently. He was all praise for the film and her performance in the film.