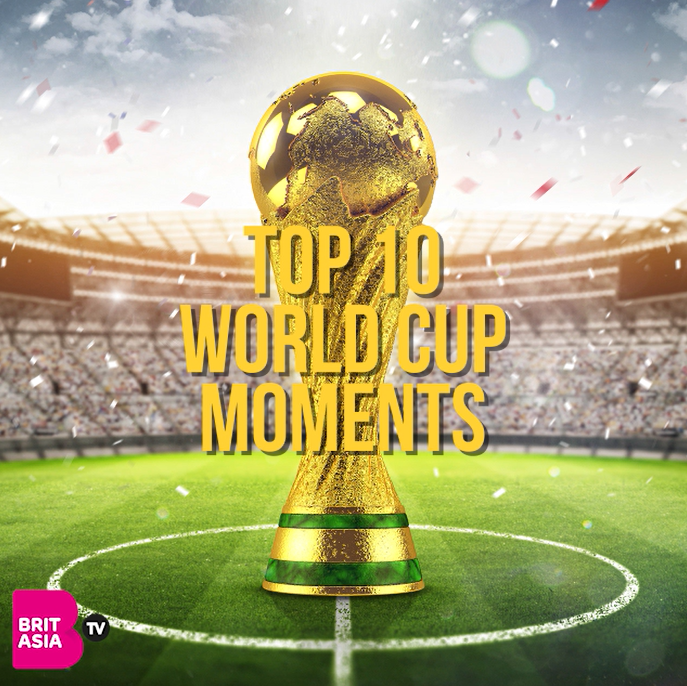 The World Cup is finally back after a 4 year long wait. Football fans all around the world have a chance to see some of the most legendary and best players play the biggest Football tournament in the world.

Back in 2014, Germany were head to head with Argentina in the World Cup final, and on the last minute, Mario Götze scored a goal which led Germany to hold the World Cup trophy.

They became the first European side to win the World Cup on South American soil, with their shocking late goal in a 1-0 victory.

In a brutal match, where Portugal faced England in the 2006 World Cup, Rooney was given a red card for kicking Ricardo Carvalho. To the of delight of Cristiano Ronaldo, he gave a wink to the Portuguese bench as Rooney was being sent off.

Portugal ended up winning the game, meaning England’s time in the World Cup was over.

In 2010, Luis Suarez was involved in one of the most controversial moments in the World Cup, when he decided to keep the ball out of the goal using his hands, in a match against Ghana.

He ended up being sent off while Ghana were given a penalty, but unfortunately missed. The game ended up going to penalty shoot outs, which Uruguay won 4-2.

South Africa hosted the 2010 World Cup where fans expected colourful outfits and cultured traditions but were instead greeted by the long plastic horn, known as the Vubuzela.

The instrument made headlines around the world, and was compared to a herd of blaring elephants or a hive of angry bees. Complaints were made from the stadiums and from TV audiences, which led to fans wanting them banned from games. However, FIFA rejected the ban and insisted it was part of South Africa’s footballing culture.

Luis Suarez makes our list again, but this time for biting another Football player. In a match against Italy in the 2014 World Cup, the Uruguay player bit Italy defender Giorgio Chiellini, after committing the offense for the third time.

He was suspended from all football related activity for four month, and banned for nine international matches, which meant he missed the rest of the 2014 World Cup.

In a match against Germany in the 2010 World Cup, Lampard looked to get England back on track, and hit a half-volley towards the goal. The ball went over the German keeper, hit the crossbar and went over the line before it bounced back out.

The goal wasn’t given, and fans cried out for goal line technology which is now in place. England went on to lose 4-1 but they have might have played better if the goal was allowed.

In the 2010 World Cup, Iniesta scored the winning goal against the Netherlands, that led them to holding the World Cup trophy for the first ever time.

The shocking moment led to Zidane getting a red card and being sent off the pitch. The match resulted in Italy winning 5-3 on penalties.

Back in the 1968 World Cup in Mexico, Argentina’s Diego Maradona used his hand to score when jumping for the ball with England goalkeeper Peter Shilton in the quarter finals in Mexico City.

The officials never spotted the offense and the goal was given. Maradona later told reporters that he was helped by the “Hand of God”.

England claimed the World Cup trophy after winning West Germany 4-2, in the 1966 final which took place in nation itself.