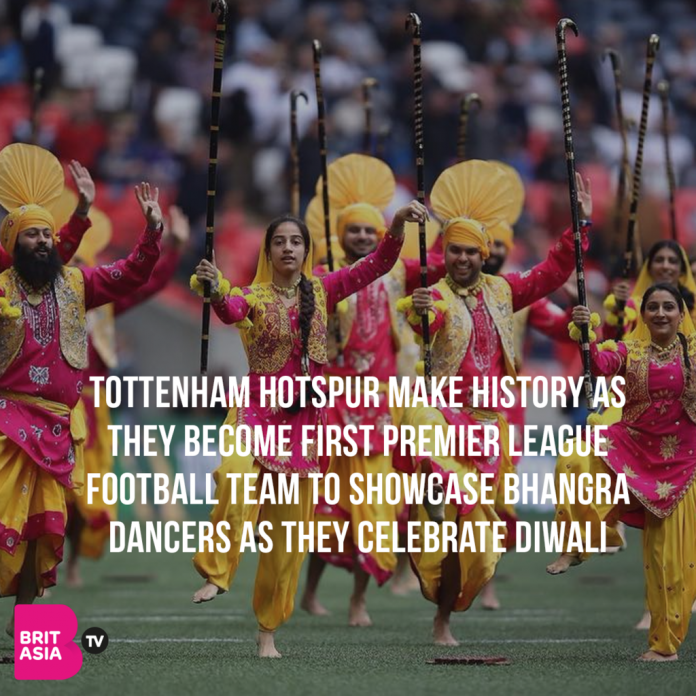 Saturday’s game with Bournemouth kicked off a range of activities celebrating the annual cultural festival of Diwali, engagement with the South Asian community around Wembley and promoting inclusion for fans of all backgrounds.

This season has seen the birth of Punjabi Spurs, an Official Supporters’ Club based in the UK that aims to celebrate diversity within our global fan base and welcome fans from all backgrounds.

Punjabi Spurs is being backed by Kick It Out and the Football Supporters’ Federation’s ‘Fans for Diversity’ fund and will be delivering a coaching clinic for young people in the Punjab region of India next year with the help of Spurs legends Clive Allen and Micky Hazard.

Its chairman, Josh Sandhu, spoke during the half-time interval, and was then followed by a Spurs-themed Diwali performance from VP Bhangra – a renowned Punjabi dance troupe that has performed at events including the London 2012 Olympics Closing Ceremony.

It was the first time in Premier League history, where a group of Bhangra Dancers have performed on a football pitch, and with Wembley the biggest stage of them all, it was a huge achievement for the group.

The Club has also sponsored Wembley’s festive lights this year that will be switched on the following day to mark Diwali and remain throughout the Christmas period until the New Year.

BritAsia TV were delighted be part of the festivities and history, and will be airing the highlights from the game on BritAsia TV.