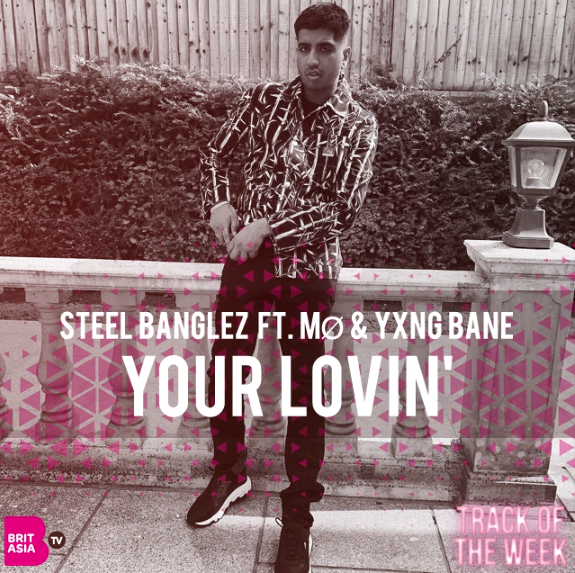 This week, our Track of the Week goes to Steel Banglez for his latest track ‘Your Lovin’ featuring Yxng Bane and MØ.

Producer Steel Banglez has teamed up with Danish singer/songwriter MØ and British rapper Yxng Bane for the summer anthem of the year. Over the past two years, the UK music scene has seen the rise of afro beat music and grime, where artists such as J Hus, Not3s, Krept and Konan and many others have been storming the charts.

Named as ‘the UK’s leading rap producer’ by Complex, Steel Banglez has been working with the majority of the UK talent such as MIST, Dave, Mostack, Wiley and many more to produce some of the biggest hits. Towards the end of last year, we saw Banglez release his track ‘Bad’, which featured MoStack, Not3s, Mr Eazi and Yungen, which blew up on the charts and showed that UK music was here to dominate.

For ‘Your Lovin’, Banglez has produced a distinctive track, which has an instant hook. The vocals from Yxng Bane and MØ are so different but perfectly compliment each other. The song has been an instant hit from fans across the world, and has been streamed over 40 million times and had earned silver status in the UK.

The video for the track features the trio showing the diversity and mix of cultures in the video, where we see each ethnicity represented. It’s a refreshing concept and is something we haven’t seen before.

Check out the video for ‘Your Lovin’ by Steel Banglez featuring Yxng Bane and MØ below.