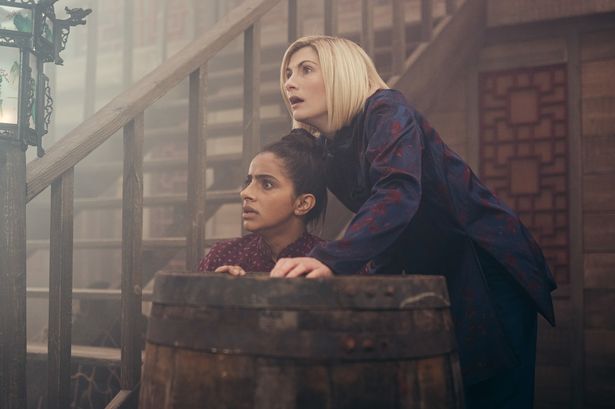 Doctor Who‘s Legend of the Sea Devils special, which sees Mandip Gill star alongside Jodie Wittaker is set to air on Easter Sunday.

Mandip Gill will play Yaz and John Bishop will play Dan — who are companions to Whittaker’s Doctor upcoming swashbuckling adventure.

BBC’s Doctor Who account shared the trailer for Legend of the Sea Devils over the weekend (2 April), which you can see below:

The official synopsis teases the “swashbuckling special adventure” takes the three “face to fin with one of the Doctor’s oldest adversaries: the Sea Devils.”

It asks the questions: Why has legendary pirate queen Madam Ching come searching for a lost treasure? What terrifying forces lurk beneath the oceans of the nineteenth century? And did Yaz really have to dress Dan up as a pirate?”

Doctor Who‘s ‘Legend of the Sea Devils’, airs on 17 April on BBC One.