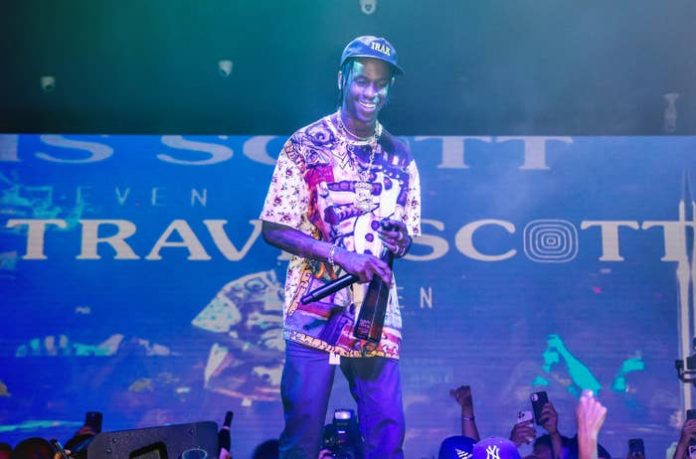 Travis Scott performed to a live crowd for the first time in six months, following the Astroworld tragedy in November.

Taking the stage in Miami in the early hours of Sunday, the rapper performed to a small audience for the first time since the Astroworld Festival in his hometown of Houston, where 10 concertgoers — between 9 and 27 years old — were killed in a deadly crowd surge while he performed onstage on Nov. 5.

According to attendees, he was onstage for roughly 45 minutes, performing songs including “Sicko Mode” and “Butterfly Effect” from his 2018 Astroworld album, which inspired the name of the festival he produced.

Scott — who has been widely criticized for his handling of the Astroworld tragedy — was in high spirits for the recent performance.

He apparently held a bottle of Don Julio 1942 and threw a wad of cash into the crowd, while telling attendees: “Everybody owes me a shot. We need every stripper to report to the fucking stage right now. We need every bottle reported to this motherfucking floor.”

After an announcement that Scott had been removed from the Coachella 2022 lineup late last year, it was reported that the rapper made a number of private or otherwise unofficial performances . However, this is the first time he has taken the stage at a public venue since Astroworld.