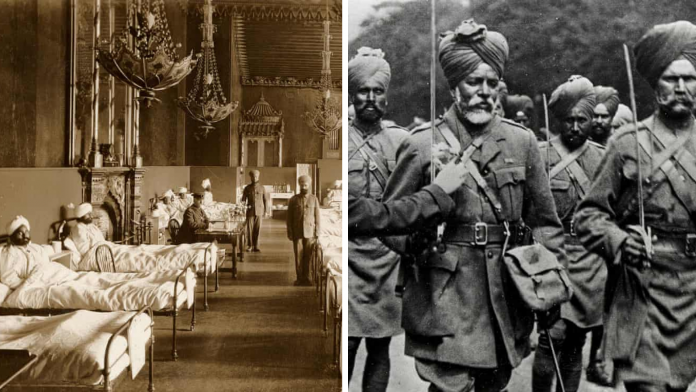 Military records of Indian troops left unseen in a Pakistan museum have been publicised for the first time in 97 years.

Records of 320,000 troops from Punjab who fought in the first world war, left unread in a basement for almost a century, have been disclosed by UK-based historians to provide new insight into the contribution of Indian soldiers to the allied war effort.

Files found in the depths of the Lahore Museum in Pakistan have been digitised and uploaded on to a website in time for Armistice Day on Thursday, reports the Guardian.

Until now, no such resource existed where descendants of British and Irish soldiers could search public databases of ancestral service records.

The publication added that some UK citizens of Punjabi origin have already been invited to search for their ancestors in the database. “They have discovered that their family’s villages provided soldiers who served in France, the Middle East, Gallipoli, Aden and east Africa, as well as in other parts of British India during the first world war,” says the Guardian. (Punjab was split between India and Pakistan in 1947).

The shadow minister, Tanmanjeet Dhesi uncovered proof among the files that his great-grandfather had served in Iraq and had been wounded in battle, losing a leg.

Amandeep Madra, the chair of the UK Punjab Heritage Association who worked with the University of Greenwich to digitise the files, said: “Punjab was the main recruiting ground for the Indian army during world war one. And yet the contribution of the individuals has largely been unrecognised. In most cases we didn’t even know their names.”

Victorian racial ideology “mythologised” the qualities of soldiers from the region, the publication added. In 1879, the Eden Commission report noted that “the Punjab is the home of the most martial races of India and is the nursery of our best soldiers”.

Madra, who has co-authored five books about Indian history, said he first approached the Lahore Museum about the files in 2014, having been told about them by Indian military historians who knew of their existence but had never gained access.

He was sent sample pages by a curator, and found that they were organised by village. “The history of each Punjabi person’s family goes back to their village. I could see that this would allow people to peer into their past,” he said.

The documents showed that the volunteer rates in many villages were as high as 40%.

The pilot project has been uploaded for Armistice Day and before Remembrance Sunday. Around 45,000 records from three districts – Jalandhar and Ludhiana, both now in India, and Sialkot in present-day Pakistan – have already been uploaded to the website.

It is hoped that the successful completion of the pilot project will lead to the release of the registers for a further 25 districts comprising an estimated 275,000 soldiers’ records.