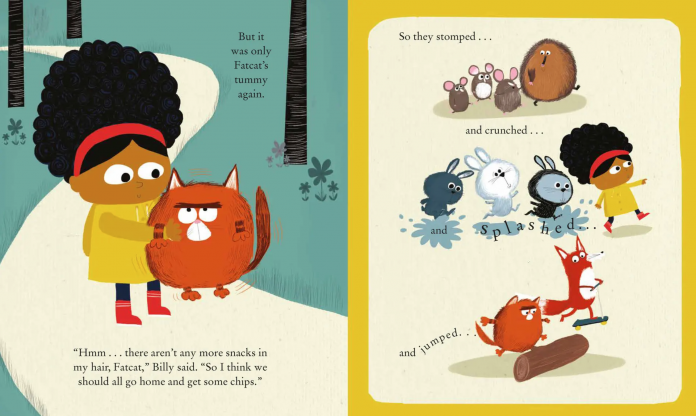 A UK study into children’s literature has revealed only 5% of books presents Black, Asian or ethnic minority protagonists, and a child from a minority background is more likely to encounter an animal protagonist instead of their own kind.

In an article published by The Guardian, two recent reports into representation in children’s books with the Centre for Literacy in Primary Education (CLPE) found that 5% of children’s books published in the UK last year had an ethnic minority main character, compared to just 4% in 2018 and only 1% in 2017.

The number of books that featured any Black, Asian or ethnic minority characters also increased to 10% – up from 7% in 2018 and 4% in 2017. This is still below 33.5% of the proportion of primary school-aged children who are from a BAME background.

“We’re pleased that it continues to go up, year on year, but the starting point was just so low. And even where we’re at, when you step back, that’s still so disproportionately low -that we need to make sure that the incremental increase doesn’t make us complacent, or doesn’t make us feel like we’re kind of done,” said Farrah Serroukh, who directed the CLPE project.

“We want to encourage the publishing industry just to continue to strive for better,” said Serroukh.

The Guardian further highlighted that the report also reveals that some publishers had pushed back against the CLPE’s past research, and asked them to also report on the number of animals in children’s books, hypothesising that it would “go some way towards qualifying the lack of ethnic minority presence.”

But the publishers said that 38% of their books featured animals or inanimate objects as main characters, meaning that children are almost eight times as likely to encounter an animal main character than a human main character who isn’t white. This fixation on animals, writes the report authors, “diverts the attention, energies and efforts of stakeholders from addressing the real issue.”

“Given that ethnic minority presence makes up such a small proportion of these human casts, these self-reported figures further illustrate the ways, in which under-representation can impact on reader identity and shape reader outlook,” said the report.

A second report into diversity, from children’s reading charity BookTrust, found only a marginal growth in the number of people of colour working as authors and illustrators in the UK over the last two years.

The organisation is challenging the publishing industry to increase the number of creators of colour in the UK to 13% by 2022, when it will publish its next report, said the Guardian.

Sarah Crown, director of literature at Arts Council England, which funded the CLPE report, said regular surveys had been “crucial in helping to address historic imbalances and lack of opportunities”.

Crown added: “While it’s encouraging to see consistent improvement over the past three years, there is significantly more work to be done, to ensure all children can see themselves in the books they read and that the children’s publishing industry reflects the diversity of 21st-century Britain.”