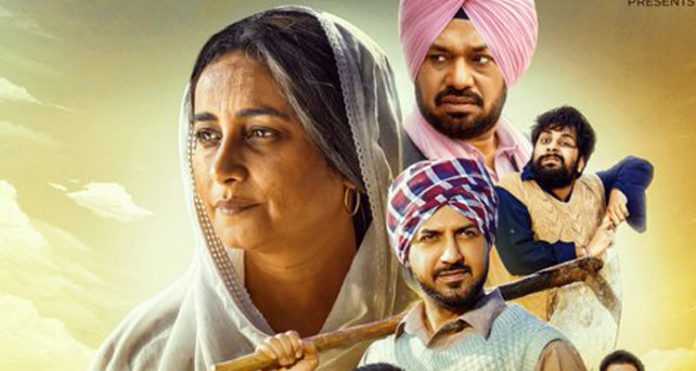 Directed by Baljit Singh Deo, Maa is an upcoming Punjabi film, which is to be released soon. The film stars lead ‘Gippy Grewal’, a popular Pubjabi singer, actor and filmmaker. Grewal has collaborated with director Deo previously for music videos and films.

The film is written by Rana Ranbir and it is produced by Gippy Grewal in association with his wife Ravneet Kaur Grewal under the label of Humble Motion Pictures.

Gippy Grewal announced the release date of this emotional  film on March 30, 2022 with the first poster featuring its star cast including Divya Dutta, Gippy himself, Raghveer Boli, Babbal Rai and other stars.

Indian actress  Divya Dutta will play the role of the mother in the film. Divya has  worked in many Punjabi, Hindi, Malayalam and English Languages films in the past.

It has been reported that Gippy Grewal and Babbal Rai will play the role of Dutta’s sons in the movie. Additionally, the film also stars actor-comedian Gurpreet Ghuggi, Prince Kanwaljit, Vadda Grewal, Aarushi Sharma, Raghveer Boli and Sameep Singh Ranaut in pivotal roles.

The title of the movie tells itself, reveals the film will tell the story of the struggle of a mother and how she spends her life struggling and fighting for, and to support her family. The film is sure to be deep, emotional, and of course tug on heartstrings.