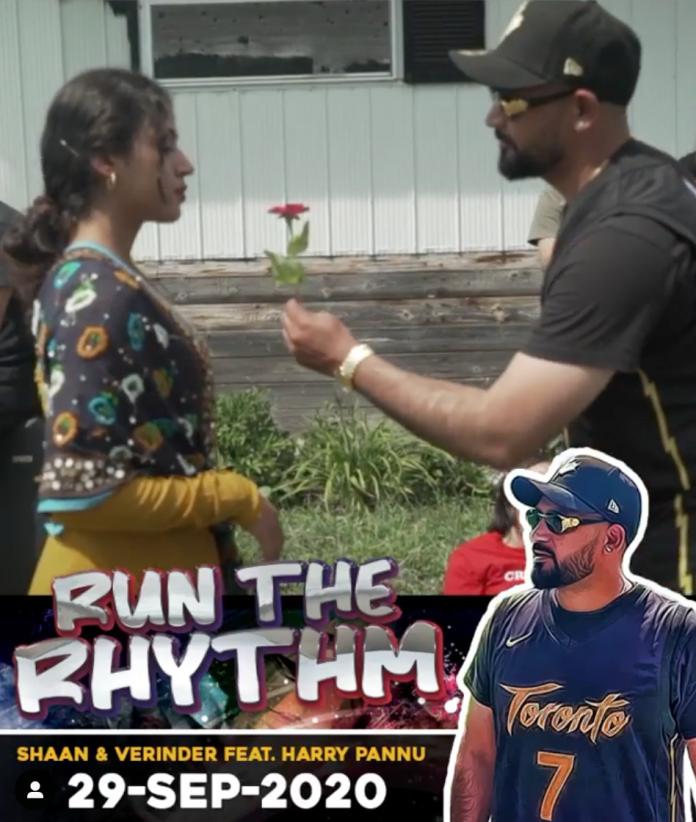 The the lyrics are penned by Dhami Amarjit and presented by Check One Recordz.

It’s been a collaborative feat for everyone involved and they have each taken to their social channels to promote the track – together with some teasers over the past week.

Pannu personally reached out to his growing fan base with a humbled message that begins with a self introduction and a reminder for followers that the track is releasing next week.

Now that we’ve introduced you to Pannu, take a peak at the latest teaser shared by Shaan and Verinder.

Tip: Wait for the end.

Indeed – it is none other than Canadian comedian Aman, formerly ‘AKA Amazing.’ And it’s clear why Shaan and Verinder had to get him “repping”. After some social media scrolling, we spotted the pair in a studio recording a jam session with Check One Recordz dating back to August with a caption that read:

Meanwhile, everyone else involved with ‘Run the Rhythm’ have been tirelessly teasing what will be one of those tracks we never knew we needed.

The full song will be available for play and download worldwide on Tuesday 29 September on Apple iTunes. Until then be sure to follow, support and share.