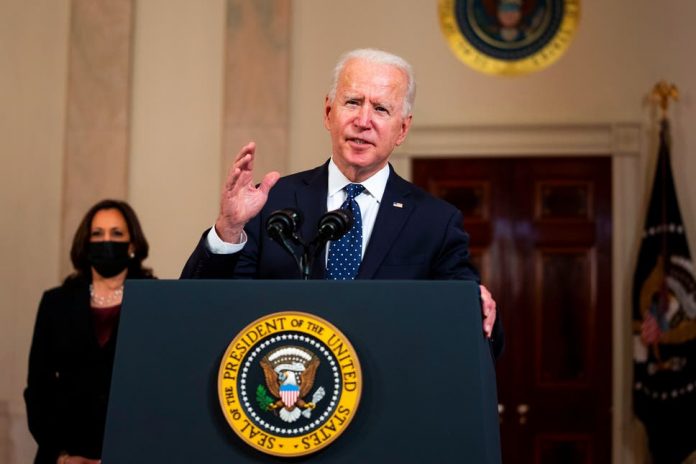 President Joe Biden is warning that ‘we can’t stop here’, following a guilty verdict over the death of George Floyd by Derek Chauvin in Minneapolis, US.

A US jury has found former police officer, Derek Chauvin guilty of murder over the death of George Floyd on a Minneapolis street last year.

US President Joe Biden has said the conviction of Derek Chauvin, in the killing of George Floyd “can be a giant step forward in the march toward justice in America”.

Former police officer Derek Chauvin was filmed kneeling on George Floyd’s neck for more than nine minutes on a Minneapolis street in May last year, resulting in Mr Floyd’s death.

The incident in 2020, sparked mass protests against racism and gave rise to the ‘Black Lives Matter’ movement which marked a milestone in Black history — and its impact felt all over the world.

In a phone call with Mr Floyd’s family after the verdict was announced, the president was heard saying: “At least now there is some justice.”

In a televised address to the nation shortly afterwards, Mr Biden said that such a verdict was “much too rare”, adding “George’s legacy will not be just about his death, but about what we must do in his memory.”

The 12-member jury took less than a day to reach their verdict, which followed a highly-charged, three-week trial that left Minneapolis and many around the world watching, on edge. Several hundred people cheered outside the court as the verdict was announced.

Chauvin’s bail was immediately revoked and he was placed in custody. Sentencing is likely to happen in two months.