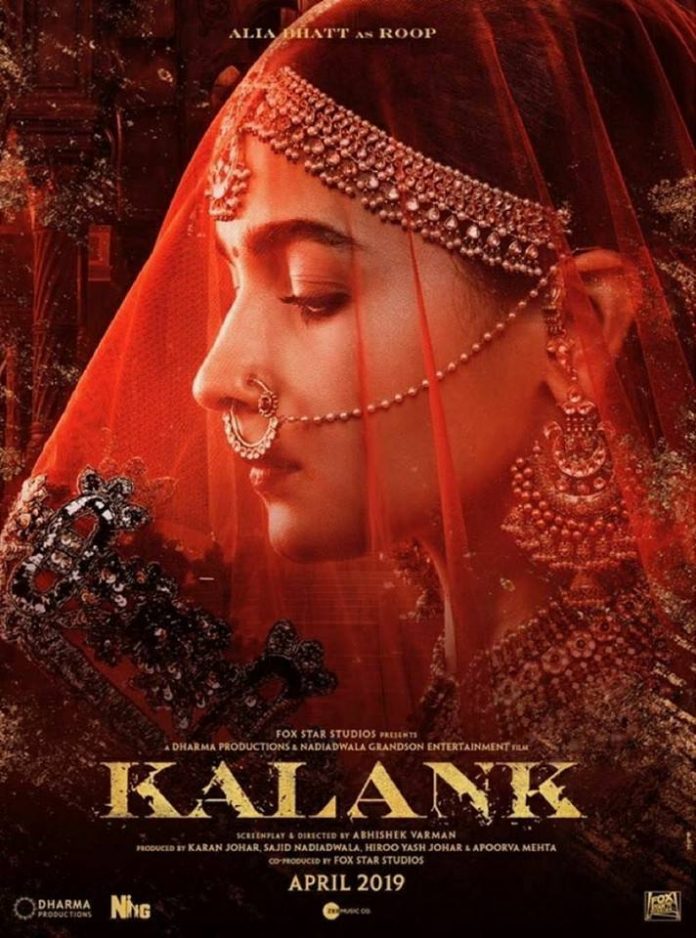 Bollywood stars Varun Dhawan and Alia Bhatt are joining each other on the big screen once again for the upcoming flick ‘Kalank’.

‘Kalank’ was the film that was meant to be released 15 years ago, and was the brain child of the late Yash Johar (father of Karan Johar). The period drama has been shelved for nearly two decades, but now Karan has brought his father’s work to life.

Sharing the first look earlier this month, Karan revealed in an emotional Ingram post, that it was dad’s last film he worked on before he passed away.

A film that was born in my heart and mind 15 years ago….a film I passionately believe in…the last film my father worked on before he left us….it was his dream to see this film come through….I couldn’t fulfil his dream then….my spirit was broken….but today his wish has found a relationship with celluloid….the story of turbulent relationships and eternal love has found a voice….the film has been woven,nurtured and visualised by ABHISHEK VARMAN….and the film Is KALANK! Set in the 40’s but it’s heart lives on…..TOMORROW the journey begins…..am excited …anxious and emotional about this one…I do hope you join us on our path to undying love…..#KALANK

A year after announcing the larger than life project, the stunning piece is set to hit cinemas on 17th April. The stunning two-minute teaser has enthralled audiences and has given fans a closer glimpse into the movie magic.

The makers behind the flick have released two tracks so far from the soundtrack – Ghar More Pardesiya & the newly released First Class.

‘Ghar More Pardesiya’ has been sung by the angelic voices of Shreya Ghoshal with Vaishali Mhade. The visuals star Alia Bhatt and Madhuri Dixit dancing in time with one another, and the duo’s graceful dancing will leave you in awe.

The newly released ‘First Class’ has been sung by Arijit Singh & Neeti Mohan. This time the visuals feature Varun Dhawan and Kiara Advani. Varun revealed that he kick started his Kalank journey with this song, and mentioned that 500 dancers featured in the video. It was released just in time for the festival of ‘Holi’, and sent fans into a frenzy!

The energy levels throughout this track is sure to keep you going until the release of the epic Bollywood drama!