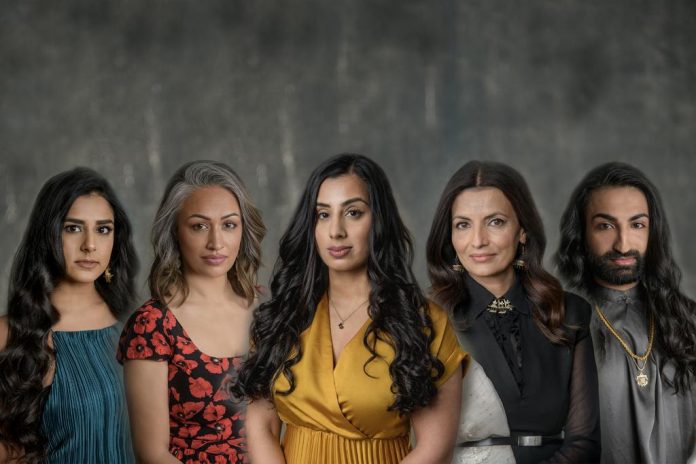 The campaign coincides with the launch its new Multivitamin+ Hair Oil and Product Range –the UK’s first multivitamin-infused hair oil range from the house of Dabur.

Progressive and pioneering, the Stronger Roots campaign marks a game-changing moment in the lucrative South Asian beauty industry by celebrating real and authentic women and individuals through the challenges they have overcome, manifested through the strength of their hair as a metaphor for their own inner strength derived from their heritage and strong roots.

Five remarkable individuals, have come together for the campaign to tell their exceptional stories and celebrate the freedom that comes from overcoming their struggles and inhibitions and challenging socio-cultural convention and the status quo in order to be their natural selves. Personal victories are signified by stronger roots in the campaign, redefining traditional notions of beauty. The personal themes represented in the Stronger Roots campaign reflect defying gender stereotypes and career convention to follow your dreams; overcoming illness; embracing grey hair in an ageist and superficial world; and celebrating gender fluidity in a heteronormative society.

Female power-lifter Karenjeet Kaur Bainsis the first British Sikh female to represent Great Britain in the sport – three-time All England Champion; two-time British Champion; and 2019 Commonwealth Champion. She has defied cultural and gender stereotypes by competing in a male-dominated sport.  Uninhibited by societal perceptions that associate weightlifting with masculinity, Karenjeet believes strong is beautiful. An injury at 19 nearly ended her sporting aspirations but the roots of her strength were family and heritage, helping to bring her back even stronger. She takes pride in her hair and keeps it long because for her, it’s a representation of her culture and heritage. She also balances her sporting life with a corporate career.

Cancer survivor, Rani Smith, was traumatised as she started losing her hair during the treatment process. The reactions from people close to her were not always as positive as she had hoped. As part of her healing process, she started massaging her head with natural oils, a ritual she nurtured with the participation of close family members. Her hair grew back stronger, symbolic of her physical, mental, and spiritual journey through the healing process. “Life weakened me, losing my hair strengthened me,” she says. Now a Sikh chaplain, Rani’s hair story is interconnected with her spiritual journey, her faith strengthened through the cancer process.

As a makeup artist, Huji Hayre’s work in the beauty industry enabled the perpetuation of traditional conventions of beauty. In a society that associates going grey with old age and giving up on self-care, Huji took the courageous step of challenging ageism and embracing the grey, celebrating its natural beauty.  Initially she had concerns about how her decision might impact her business, but why can’t grey be glamorous? Particularly in the Asian community, where there is a certain misperception attached to grey hair, allowing herself to be herself has been personally liberating while widely inspiring.

Caught up in the trappings of a conventional career path in the corporate world and a materialistic society, Henika Patel was faced with a feeling of lost identity when her hair started falling out during treatment for malaria. Re-evaluating her life, she gave up the corporate world to go travelling and connected with a more natural path as she learned to listen to her body. Now a Yoga teacher, she has allowed her hair to grow naturally and hasn’t cut it since. For her, it has been an enlightened journey back to her roots, while cutting it represented trying to fit into a world in which she didn’t spiritually belong.

Vatika has always been known as a women’s brand but they recognise that many others share that strong connection with their hair and their heritage. Choreographer, dancer and performance artist, Raheem Mir, identifies as non-binary, gender fluid, androgynous. Growing his hair has been a significant part of both his personal journey in self-embracement and a powerful statement of his queerness, but equally with his roots and strong connection with his family. Extremely proud of his South Asian heritage and intersectional queer identity and with the full support of his traditional Asian family unit, Raheem has become a role model for the South Asian queer community, while normalising gender fluidity within a wider, socio-cultural context.

Zakir Mansoori, Business Head UK & Europe, Dabur International said, “There is no denying that South Asian women are some of the strongest and most beautiful women on the planet. Vatika, as a brand, continues to evolve with the changing needs of our women but remains true to its philosophy of revitalising ancient hair rituals using natural ingredients by conveniently capturing them all in a bottle.

“Therefore, with the #StrongerRoots campaign we want to champion real people, their personal hair stories and experiences and share the meaningful conversations we had with them, which we think so many people will be able to identify with.”