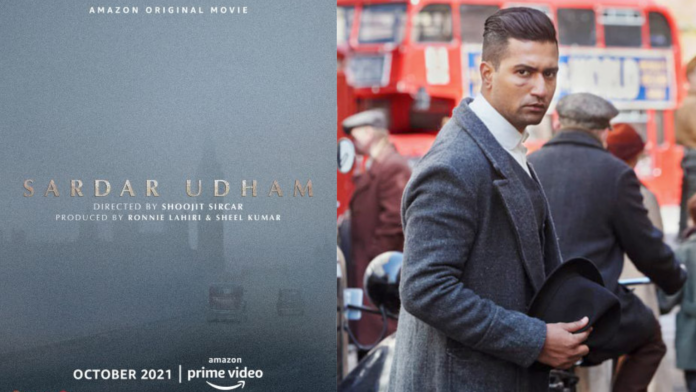 Sardar Udham, starring Vicky Kaushal as the eponymous hero has won the hearts of fans and audiences across the country.

Based on true events, the Amazon Original Movie Sardar Udham is the story of the revolutionary Sardar Udham Singh who avenged one of India’s greatest tragedies for the freedom struggle.

The cinematic grandeur, magnificent visuals, unnerving dialogues, brilliant performances, realistic storytelling and bold vision has brought this film to life in a way that took critics and audiences by surprise.

The film opened to a remarkable festive release over the weekend and caught the eyes of audiences across the spectrum with many hailing it a ‘must watch’. From politicians, and filmmakers to actors and sports personalities, many took to social media to praise the representation of Udham Singh in the biographical drama.

Ravi Shankar Prasad took to Twitter to say he watched an “extraordinary movie” and detailed his thoughts in a thread:

Watched #SardarUdham– an extraordinary movie, on @PrimeVideo which so creatively portrays the anger, agony, pain and revulsion that every Indian felt over the massacre of peaceful Indians in Jallianwala Bagh in 1919.

Direction of Shoojit Sircar is indeed brilliant and so is the acting of @vickykaushal09 as Udham Singh. The picture rightly concludes that an apology is still due from the British establishment on the massacre of Jallianwala Bagh.
All of us must watch this movies

Prosenjit Chatterjee said director Shoojit Sarcar has created a “masterpiece” and ended the thread by saying, “Kudos to each and every one associated with this film”.

Sardar Udham is such a beautiful film…. Poetic. Please watch it!
Congratulations to the entire team. #Inspired

The finest shot Indian film ever.

Vicky Kaushal has delivered the finest performance of this entire generation of actors.

Member of the Lok Saba, Gautam Gambhir said “Do not go where the path may lead, go instead where there is no path and leave a trail. Whtt an inspiration Sardar Udham Singh. Jai Hind.”

Director Neeraj Ghaywan said the film “is a leap in Indian cinema!”

Vicky Kaushal is breathtaking as #SardarUdham!
His hurt-anger and desperation in the Jallianwala Bagh sequence shook me to the core. A landmark in his career!