In a recent interview actress Vidya Balan opened up about her personal life and how she balances her home and work life. The actress was asked how she finds the perfect balance between her busy work schedule and her personal life, in a laid-back fashion she answered: “I don’t juggle. I’m now not seeking to be superwoman. I’m a woman who once I’m working, I’m working, after I’m residence, I’m dwelling, after I’m chilling, I’m chilling. Occasionally, after I don’t feel like doing the rest, I don’t do the rest.” 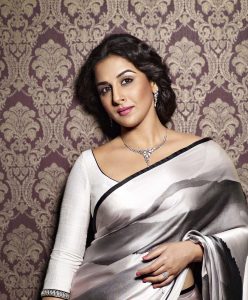 The actress who recently reappeared on the big screen in Kahaani 2 also added: “So, I think this balancing is really overrated because women are constantly asked to balance home and work and it’s unfair.” Despite this the star confessed that she does feel guilty when she is away from her family and husband during special occasions. She voiced her opinion and added: “Maybe I feel guilty because I am a girl. Maybe a man wouldn’t feel the same way because you take it for granted that a man sometimes can’t make it to certain special occasions because they are working.”

Vidya, who is pictured above with husband Siddarth Roy Kapur, was also asked if she is tired of being associated with women-centric themes and she replied: “No, because I’m enjoying the kind of work I am doing. People ask me ‘Why call it women-centric films, why can’t you just call it film?’ I say ‘because all these years and decades you’ve had men at the centre of the plot.” She also stated that she is looking forward to a future in which there is an equal measure of men and woman at the centre of movie plots. Once this is the norm Vidya will no longer have to answer the question of ‘Oh, you are doing a women-centric film?’

The actress also reflected on her career in Bollywood reminiscing on the ups and downs: “It’s been dramatic. That’s because I think I’m an intense person and I don’t think I take anything lightly in that sense. But I don’t think I would want to have it another way.”

What do you think of the actresses laid-back approach to life? Let us know your thoughts. #BritAsiaTV