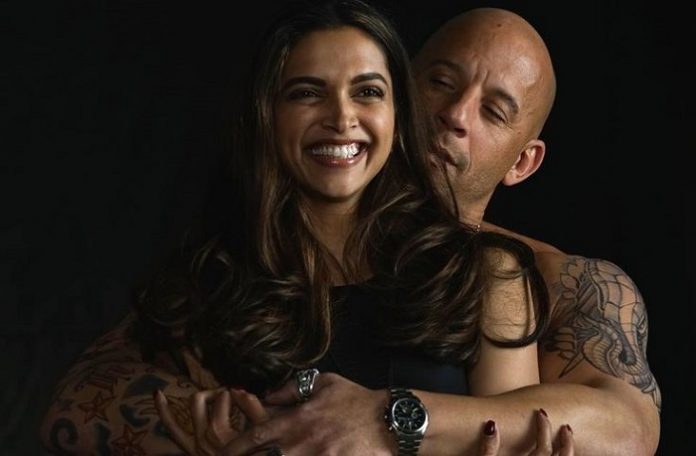 Vin Diesel was also on hand to share a Facebook live video, expressing his appreciation for his co-star. Grinning from ear-to-ear, he says: “She’s such a wonderful, wonderful person and I can’t tell you how happy I am she is in the movie and that she brought her magic to the movie”.

Deepika Padukone is no stranger to the Bollywood film industry having starred in various popular movies such as: Om Shamti Om, Karthik calling Karthik, Housefull, Cocktail, Chennai Express, Happy New Year and most recently Bajirao Mastani, making her one of the most in-demand and popular Bollywood actresses in the industry at this moment in time, thus the transition from Bollywood to Hollywood being no surprise to her hardcore fans.

The film“xXx: The Return of Xander Cage” is the third instalment of the action movie series. Vin Diesel reprises his role as the main protagonist whilst Deepika stars in a lead role playing the role of Serena Unger, a huntress who plays a former lover of Xander Cage, played by Vin Diesel.

The film is set to release on January 20th 2017. Check out the official trailer below and stay tuned to BritAsia TV for more music, entertainment, sport and fashion updates!