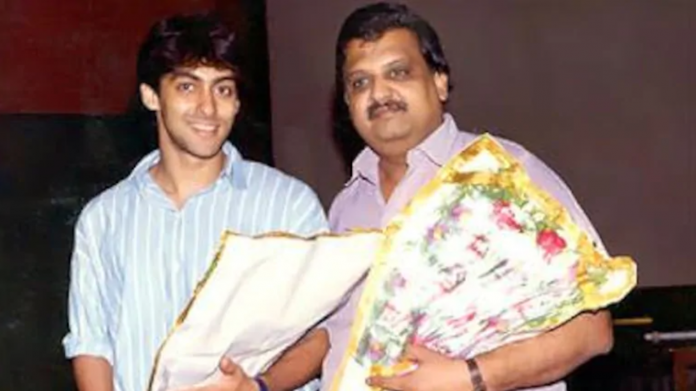 SPB, as he was affectionately known, died from the novel virus at MGM Hospital in Chennai on Friday 25 September.

The legendary artist leant his voice for many songs since the 60s but rose to popularity in the 80s and 90s when he sang several hits for Bollywood superstar Salman Khan — the first of which was Maine Pyar Kiya.

He went onto sing for a slate of many more films for Khan such as Hum Aapke Hai Koun, Saajan and Andaz Apna Apna. Khan had done the first two with Sooraj Barjatya, a director known for making family dramas, who frequently beckoned SPB to voice the actor’s earlier songs.

Undeniably, Maine Pyar Kiya was a breakthrough film for the actor at the time, starring alongside Bhagyashree. Khan was voiced by SPB for the entire soundtrack – from ‘Aate Jaate’ and ‘Mere Rang Mein’ to the iconic ‘Kabootar Ja Ja Ja’, among others.

The actor penned an emotional note after the news of the singer’s illness broke on social media when the hospital’s medical bulletin revealed that he was on maximum life support. Soon after which, Khan took to Twitter to wish him a speedy recovery:

Bala Subramaniam sir . All the strength hope wishes from the bottom of my heart to a speedy recovery n thank u for every song u sang fr me n made special your dil dewana hero prem, Love u sir.

One day later, news of the singer’s death had broken on social media where the actor tweeted his condolences:

Heartbroken to hear about #SPBalasubrahmanyam sir… you will forever live on in your undisputed legacy of music! condolence to the family #RIP

Other with prominent names from the Indian film industry such as veteran singer Lata Mangeshkar, music composer AR Rahman, Akshay Kumar, Shah Rukh Khan and Anil Kapoor all paid tributes to SPB and remembered his contribution in the field of music.

SPB’s untimely death has come as a huge shock for the South film industry. Celebrities and fans also took to social media to express their grief – hailing Balasubrahmanyam as a “brilliant singer” and a “kind human being.”

Mangeshkar reminiscenced working with him by taking to Twitter in tribute which read:

“I’m very disturbed by the demise of SP Balasubrahmanyam. We have recorded many song together and did a lot shows. My condolences to his family.”

SRK wrote: “Condolences to SP Balasubrahmanyam sir’s family and friends on the loss. May the legendary singer’s soul Rest In Peace… Will miss his soothing voice.”

Kapoor remembered the musician as “great human being” and “an incredible singer” and said that he will be “missed truly”.

“Lucky to have had him dub for me… Give his voice to my performances in my first Telugu and Kannada film… SP Balasubrahmanyam will be missed truly…my heartfelt condolences & prayers to the family…” he added.

Ajay Devgn wrote: “SP Balasubrahmanyam Sir’s voice dominated my initial years of cinema. He, of course, had been a legend from long before. Sad Disappointed face to learn of his passing. Condolences to his family.”

However, his frequent collaborations with the superstar in earlier decades meant SPB came to be known as the ‘voice of Salman’ in Bollywood. But the news of his passing has been an untimely and emotional plight for many across the industry and tributes continue to stream in across social media.

Mint reported that the health condition of the singer, who was admitted to the hospital with mild symptoms, “deteriorated for the first time on August 13 after which he was put on life support and moved to the Intensive Care Unit.”

Adding, on 19 August “he was put on ECMO (Extracorporeal membrane oxygenation) besides ventilator and a day after, when he remained critical, people from all walks of life, including celebrities and the general public, came together to pray for his early recovery.”

On Thursday, he was put on ventilator and ECMO after his condition deteriorated.

Reminisce and remember the legend with this Hindi songs jukebox: