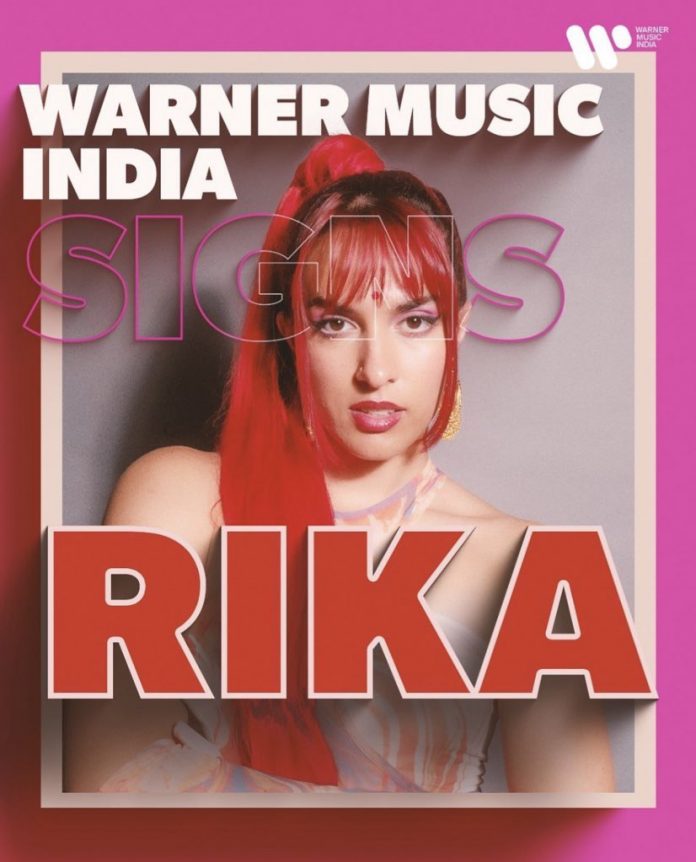 Warner Music India has signed its first artist, RIKA, in an ongoing bid to bring Indian sounds to the global stage.

RIKA is a singer-songwriter from London whose background is half-Indian and half-Eastern European, has already amassed over 25 million streams across all major platforms.

RIKA has appeared on the Brits’ ‘Sunday Spotlight’ as its featured artist, won ‘Best UK Female Act’ at the BritAsia TV Music Awards in 2019 and received the ‘Rising Star’ award at the Asian Awards the same year. She has also been awarded the Pride of India award and was championed by BBC Radio 1 with plays on ‘Best New Pop’ and ‘Track of the Week’.

RIKA said: “I’m ecstatic! I am blessed and appreciative for Warner Music India’s faith in me and the opportunity to go on a life-changing journey with them.

“I am honoured to be associated with Warner Music, which has a long history of finding and developing excellent artists. My goal is to be genuine in my work and to reflect the finest of both worlds that I bring with me,” she added.

The artist took to social media to further mark the announcement — with a poster featuring herself alongside the headline ‘WARNER MUSIC SIGNS RIKA’ and the label’s logo.

i am so blessed to announce that i am Warner Music India‘s first signing! i am soo excited to be apart of the Warner Music family, and for this life changing journey to begin🥳♥️
thank you @warnermusicindia, Jay Mehta and the incredible Warner Music India team 🙂 pic.twitter.com/ZjH5YZP1tR

Jay Mehta, Managing Director, Warner Music India, said: “We are delighted to be able to bring the music of this extraordinary and unique artist from India to the world.

“RIKA is a strong, young female vocalist and we’re confident that she’ll captivate both Indian and international audiences,” Mehta added.

Love to You, featuring Ankit Tiwari is out now.