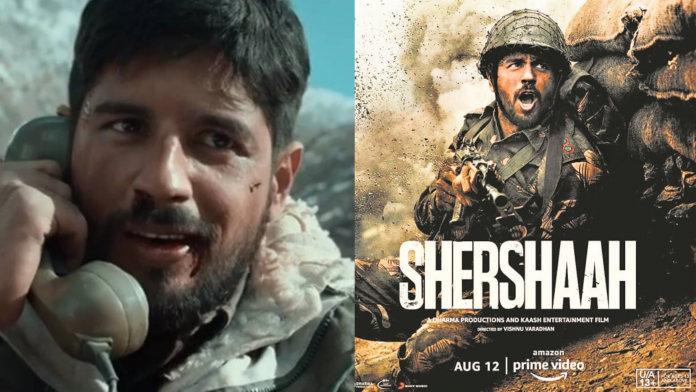 Capt. Vikram Batra’s courage remains eternal and his memory indelible in the Indian psyche. His contributions count as blessings in India’s win over the enemy in the Kargil War of 1999.

Sharing the trailer on social media, the actor wrote: “Captain Vikram Batra reporting on duty! The wait is finally over, I’m honoured to present to you the legendary story of our Kargil War Hero.”

Captain Vikram Batra reporting on duty!
The wait is finally over, I’m honoured to present to you the legendary story of our Kargil War Hero. https://t.co/A1Q8voZTzz#ShershaahOnPrime releases on 12th August. Jai Hind🇮🇳#Shershaah @advani_kiara @vishnu_dir @karanjohar

Shershaah is directed by Vishnu Varadhan and produced by Karan Johar’s Dharma Productions.

Ahead of India’s Independence Day, the film will be available to stream on 12 August, 2021 on Amazon Prime Video.