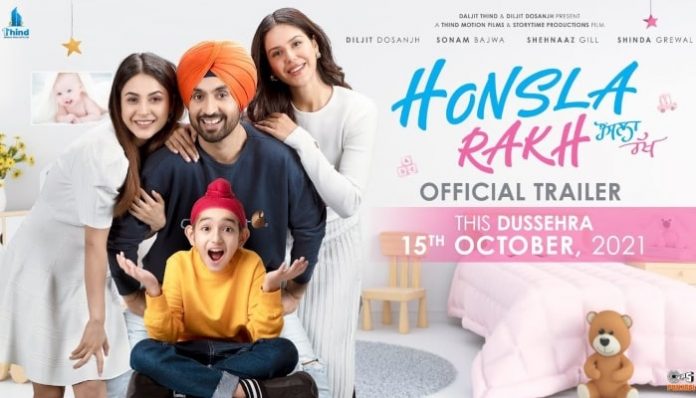 The film, directed by Amarjit Singh Saroon and produced by Daljit Thind and Diljit Dosanjh, stars Dosanjh as the lead, alongside Sonam Bajwa, Shehnaaz Gill and Shinda Grewal.

Sharing the synopsis on Youtube, Dosanjh wrote: “What happens when a loveable, rooted, desi, punjabi young man, who’s a single father with a seven year old boy attempts to find love again, find a mom for his son, crosses paths with his ex who comes back into the city after a seven year gap?

“Honsla Rakh […] is a romantic comedy set in Vancouver, Canada that has warmth at its centre and deals with the emotional bonds between father and child, and love between men and women in modern times.”

The trailer was met with unbridled enthusiasm and excitement among many of the stars’ fans across social media.