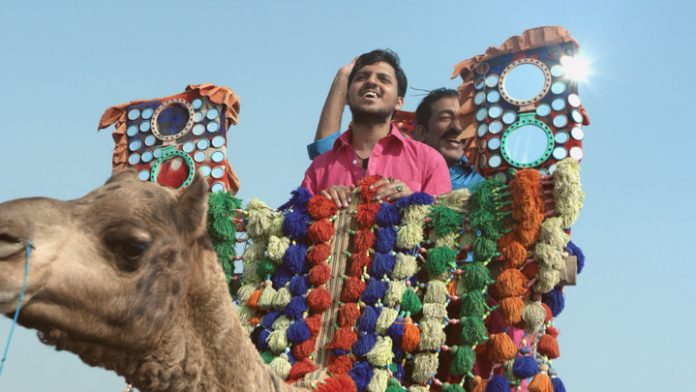 The film is also executive produced by Dr Husain and is available as part of the BFI London Film Festival short films.

The 12-minute short explores the problems that plague central character, Iqbal. Having left home to work with his uncle, he finds himself unable to return because what he is running from is not confined to the city.

The film is available to watch online via BFI Short Films here.

Covering themes rarely dealt with in cinema from South Asia, Stray Dogs Come Out At Night is the first Pakistani short form narrative film to play in competition at the BFI London Film Festival 7th – 18th October. Premiering under the festival’s Secrets and Lies short film programme, the film is nominated in the best short film category.

“We are honoured to be representing Pakistan at the highly respected BFI London Film Festival,” said the film’s Executive Producer Dr. Mina Husain.

“The themes weaved through Stray Dogs Come Out At Night bring up critical issues which resonate across cultures. As October 10th is World Mental Health Awareness Day, we look forward to sharing this film with such a wide audience.”

Dr. Husain is a psychiatrist currently practising across various clinical settings in London and an adviser to Colourful Minds, a non-profit organisation that aims to improve the mental health of children and adolescents in the BAME community.

She is striving to create awareness about the specific mental health issues and challenges that BAME communities face particularly during lockdown.

“Expressions of distress are different in the South Asian community. It is imperative that health services adapt to meet the needs of the largest ethnic minority group in the UK,” said Dr. Husain.

Inspired by a need to bring awareness around mental health issues both within South Asia and in South Asian communities in the West, Mina first produced the acclaimed short film Dia in 2018.

You can watch the trailer for Dia below 👇.

Available this month at BFI’s London Film Festival, Stray Dogs Come Out at Night is the doctor-producer’s second film and she currently has several projects in development focused on her mission to open a dialogue on mental health and bring South Asian stories to a wide audience.