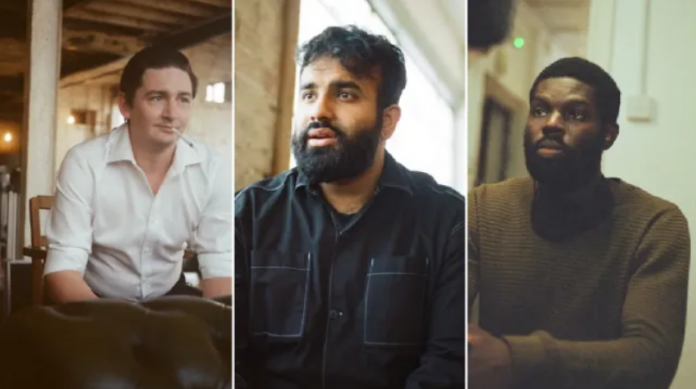 The poignant short film was officially released yesterday, to coincide with Blue Monday, officially the most depressing day of the year.

The film is Hussain’s first release of 2021 and comes following the release of Reflections – an emotive poem on Archwell Audio for Prince Harry and Meghan Markle.

In the midst of the COVID-19 pandemic, and a subsequent increase in pressure on people’s lives, cases of mental health in the UK have risen dramatically and left many people venerable to depression and loneliness.

With mental health costing the NHS nearly £119 billion every year, the film looks at taking proactive steps to getting the help needed whilst holding a mirror back to society. Hussain Manawer commented, “At times people may think that they are the only person experiencing an issue, when really there are hundreds, even thousands of people experiencing exactly the same thing. But we get so caught up in our lives, that we forget to check up on each other.”

Alongside the overarching message of the film to reach out to friends, family or trusted people, the film also shines a light on mental health in men, with all three protagonists being male and between the ages of 25-40 years old.Hussain continues: “Over 75% of suicides are carried out by men, therefore addressing the topic from a male perspective will hopefully open up important conversations”

Speaking about feelings of loneliness, the film focusses on starting the conversation on mental health issues with family, friends or trusted people.”

The short film was executive produced by Zyna Goldy.

Manawer (born 11th March 1991) is a British Writer, Poet and Activist with projects spanning television, sport, fashion, music and social sciences. Highly regarded by mainstream media as ‘the voice of a generation’ he is known for his distinctive style and in-depth involvement in the creation, writing, production and musical components to his works.

The East London native set the Guinness World Record for ‘The World’s Largest Mental Health Lesson’ and received the prestigious ‘Point of Light’ Award from The Prime-minister at 10 Downing Street. Shortly after he joined the highly esteemed list of fellows at King’s College London becoming the youngest Honorary Doctorate both at King’s and Oxford Brooke’s universities.

The Grammy’s hail him as ‘one of today’s dopest poets’ and his musical blend and infusion debuted in the US as he featured on Hulu’s Four Wedding’s and a Funeral alongside producer Naughty Boy. Whilst making his acting debut Hussain starred alongside Emmy award winning actor Riz Ahmed in his latest production of Moghul Mowgli. Known via his stage name of ‘The Original Mummy’s boy’ Manawer set history in 2019 as he became the first poet in history to open Soccer Aid for Unicef at Stamford Bridge live on ITV. Following the performance at Royal request of HRH Prince William Hussain went on to become the first poet to open The FA Cup Final at Wembley Stadium in 2020.