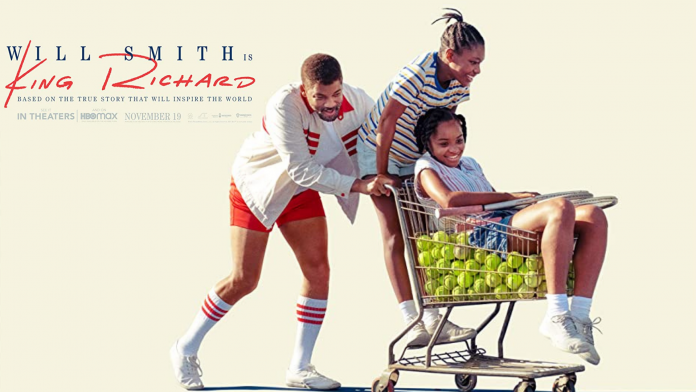 Will Smith is ‘King Richard’ — the father whose prodigious plan for his daughters, Venus and Serena Williams — paved the way toward their sporting success.

While tennis sisters Venus and Serena Williams need no introduction, their introduction to the sport ought to be known. Familiar with their success as we may be, what remains unfamiliar is how they became the tennis stars that they are today.

Directed by Reinaldo Marcus Green, Richard Williams has a clear vision and an elaborate 78-page plan to ensure his daughters go down in history, for all of the right reasons. He trains them in abandoned tennis courts, imparts wisdom through fairytale films and thus the girls are shaped by their father’s unrelenting dedication..

A story that needs to be seen on screen — King Richard is one of the most anticipated films of the year and sees Will Smith in a role unlike any other. Aunjanue Ellis plays Oracene ‘Brandy’ Williams, Saniyya Sidney stars as Venus Williams, Demi Singleton stars as Serena Williams, with Tony Goldwyn as coach Paul Cohen and Jon Bernthal as coach Rick Macci.