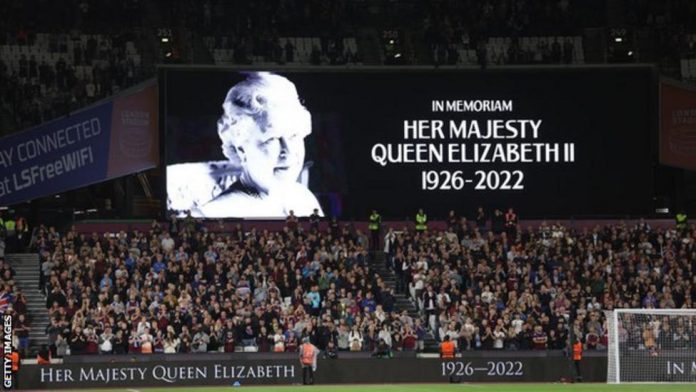 Welsh football at all levels will resume on Tuesday.

Weekend fixtures were postponed as a mark of respect following the passing of Her Majesty Queen Elizabeth II.

Wrexham at home to Dagenham & Redbridge on Tuesday will go ahead after the National League confirmed their fixtures would resume from Monday.

It is also anticipated that EFL matches will re-start with Cardiff, Swansea and Newport all scheduled to play.

Football from professional to grassroots level in Wales had been suspended in line with the game in the rest of the United Kingdom.

The Football Association of Wales said guidance regarding fixtures due to be held on the day of Her Majesty’s funeral, Monday, 19 September, will be provided in due course.

The return of professional football across the UK is dependent on meetings with authorities to discuss infrastructure and policing resources.

On Tuesday Cardiff City are due to travel to Middlesbrough while also in the Championship Swansea City host Sheffield United. Newport County have a League Two fixture at Stevenage.

Following the death of the Queen all senior rugby games in Wales were also postponed over the weekend, though mini, junior and under-18 rugby matches were able to go ahead.

Horse racing returned on Sunday with a seven-race card at Chepstow.

Cardiff Devils opening two fixtures in the Elite Ice Hockey League were also both played, with the Welsh side recording two victories.