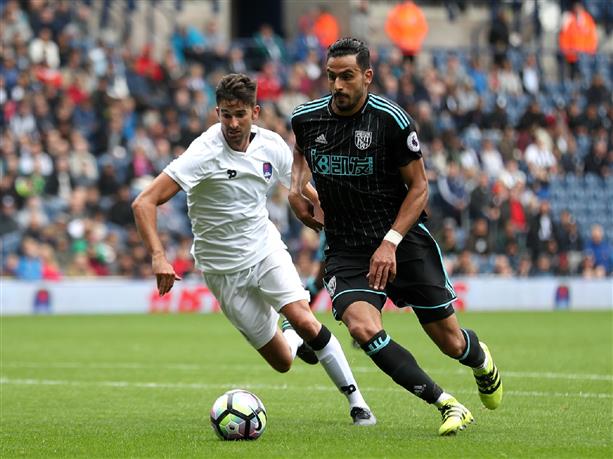 Premier league side West Bromwich Albion were able to defeat Indian Super League side Delhi Dynamos with a 1-0 victory in an International Friendly that took place on Saturday 3rd September at The Hawthorns.

The winner came in the form of a 64th minute goal by 18 year old James Smith, who converted Matt Phillips’ cross from close range. The visitors came very close to equalising after an ambitious effort by Kean Francis Lewis struck the crossbar in the 77th minute.

The international friendly represented the very first meeting between a Premier League club and an India Super League side in what was a historic match in English football. West Bromwich Albion and the Delhi Dynamos have been developing close links as part of Albion’s “Pass It Forward” community project, which was deemed successful in Delhi. Albion defender Jonas Olsson visited Delhi and was said to be inspired by his experience, in which he joined in with the Dynamos coaching programmes.

Aside from the international friendly, visitors were treated to performances from several Bhangra stars such as Dr Zeus, Zora Randhawa, H-Dhami, Gabhru Panjab De and King G Mall – who entertained guests in the Fan-Zone. Other Bhangra stars such as Shin DCS, Sardara Gill, Sukshinder Shinda, Amarjit Sidhu and Jaz Dhami took part in a thoroughly entertaining ‘Crossbar Challenge’ at half-time.

BritAsiaTV are set to broadcast exclusive behind the scenes footage of the event, coming soon to the channel. BritAsiaTV are proud to announce a brand new reality TV show entitled ‘BritAsia Soccer Star’ that will search the entire nation for the next football superstar.