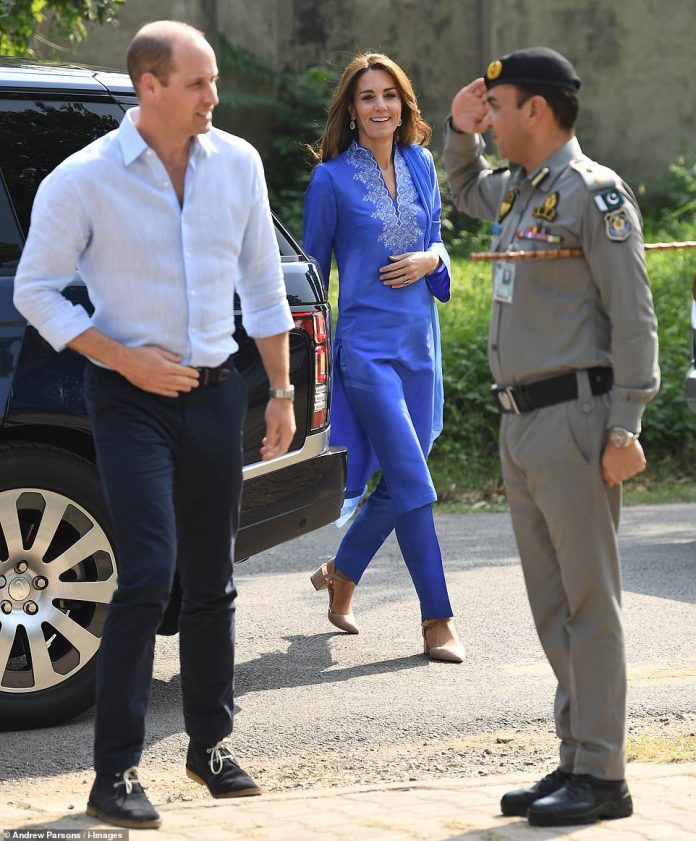 The Duke and Duchess of Cambridge are currently on their 5 day Royal Tour of Pakistan.

Prince William and Kate Middleton arrived in Islamabad on Monday night, beginning a five-day visit that will focus on boosting ties and addressing challenges such as climate change.

On the first day of the tour, the Duke and Duchess of Cambridge met boys and girls at a government-run college to speak about the importance of young people learning about mental health.

As they left the Islamabad Model College for Girls, Prince William said to a teacher: “In the UK we’re trying to make sure mental health is part of education as well.”

The Prince and Princess also met with Prime Minister Imran Khan for an official meeting in his residence in Islamabad.

During the Royal Visit, William and Kate have been wearing traditional Pakistani clothes, with Kate wearing a mix of kurtas and shalwar kameez and William attending evening festivities in a dark teal traditional sherwani.

VIDEO: The Duke and Duchess of Cambridge arriving at Islamabad’s Pakistan Monument in a traditional rickshaw … 🚕 pic.twitter.com/8Tq1tR4yj5

The couple are the first royals to officially visit the Commonwealth country since the Prince of Wales and Duchess of Cornwall visited the region in 2006.