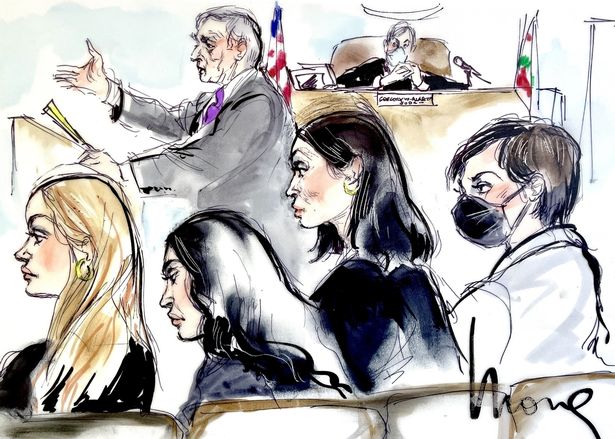 Celebrities will no doubt be used to being instantly recognised in a variety of settings but this isn’t always the case in a courtroom.

Many famous faces have been interpreted by an artist’s pencil or pen, with certain depictions leaving them looking a little worse for wear.

In some instances, some globally renowned figures have been left virtually unrecognisable.

Fans following the Wagatha Christie libel trial were given a giggle this week after a sketch emerged of a ‘no neck’ Wayne Rooney.

The Derby County manager was in court to support his wife Coleen Rooney in her court case against Rebekah Vardy, but ended up stealing focus when the court images emerged.

Some Twitter users joked that Wayne resembled a ‘potato’ while others compared him to Tyson Fury and Brock Lesner.

Another commented: “This court sketch artist is stealing a living. Rooney must be raging.”

We take a look at some of the most controversial and unusual illustrations of celebrities taking to the stand.

The famous family appeared in court as part of a $108 million defamation lawsuit brought by model Blac Chyna.

Blac Chyna lost the lawsuit and was awarded zero damages, with the courts siding in favour of the Kardashians.

Mona Shafer Edwards, the veteran artist behind the viral sketches, defended her work, her job is a lot more complex than some people might think.