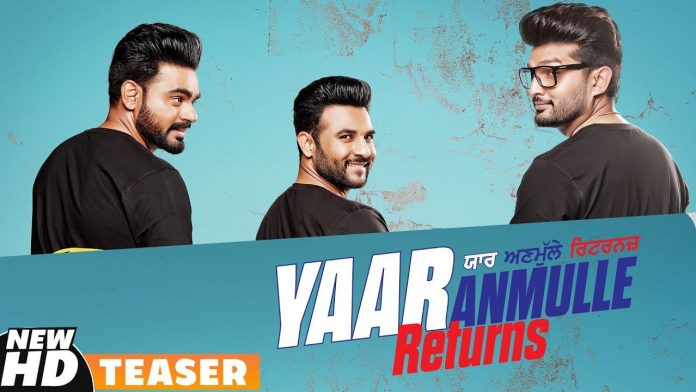 ‘Yaar Anmulle Returns’ has released its teaser, featuring leading actors, Harish Verma, Yuvraj Hans and Prabh Gill. This sequel uncovers a story of love, friendship and happiness between three friends, and we can’t wait for its release!

Prabh Gill took to his Instagram to share a poster of the film, with the caption, ‘Proudly sharing the very 1st official poster of my 1st ever film’.