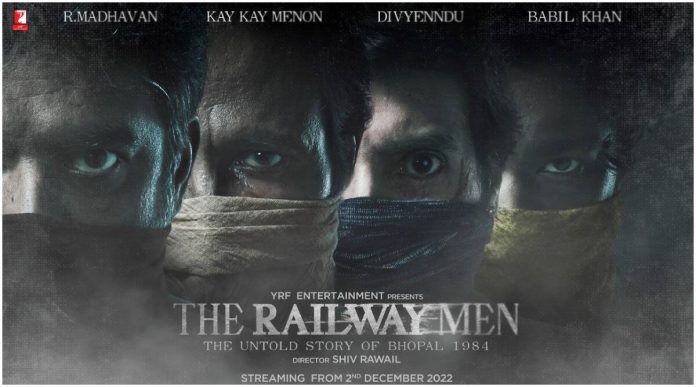 Directed by newcomer Shiv Rawail, the The Railway Men is described as “a tribute to the railway workers at Bhopal station who are the unsung heroes of the 1984 Bhopal gas tragedy and the world’s biggest man-made industrial disaster”. Thousands of people died and more than 500,000 were exposed to toxic gas following the leak at the Union Carbide India pesticide plant in Bhopal in the state of Madhya Pradesh.

The drama will star R. Madhavan, Kay Kay Menon, Divyenndu Sharma and Babil Khan, with YRF chief Aditya Chopra serving as a mentor for Rawail during the making of the series.

YRF Entertainment plans to produce four other high-profile projects in its first year of operations. YRF senior vice president, Akshaye Widhani, said: “The Bhopal Gas Tragedy is the world’s worst industrial disaster that has impacted scores of people since the tragedy struck the city 37 years ago.

“At YRF, we are constantly trying to develop the best compelling stories for audience and this is our tribute to the unsung heroes of the tragedy who, despite saving thousands of lives on that fateful day, are still unknown to people across the world.”

Yogendra Mogre, executive producer at YRF Entertainment, added: “The Railway Men is our salute to their spirit, their courage and their humanity. This is a story that needed to be told. We are not going to leave any stone unturned to ensure that this story reaches out to audiences, across the world, in the best possible way so that they can understand the depth of devastation that this tragedy has caused in India.”

YRF Entertainment’s The Railway Men will stream on December 2, 2022 — to commemorate the sacrifice of the railway workers in 1984.