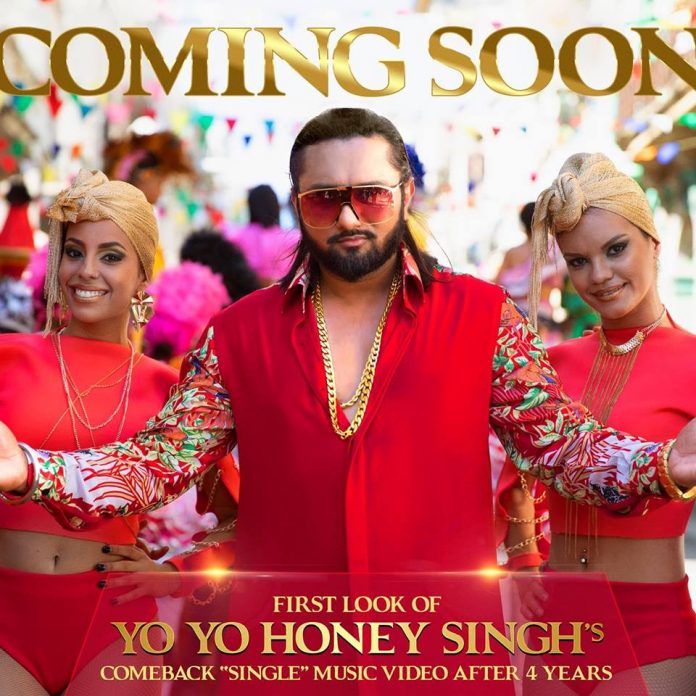 Punjabi singer rapper Yo Yo Honey Singh is set to make a comeback after four long years with his own track.

We see Honey Singh standing in a red printed shirt with four girls next to him. Not only we are expecting a new track from him, but it’s also been captioned as Indian’s biggest music video. Fans can expect a big music video production and stunning locations as it has been filmed in Old Havana, Cuba.

The singer made a brief comeback earlier this year with tracks such as ‘Dil Chori’ from the Bollywood movie, Sonu Ke Titu Ki Sweety, and ‘Rantaari’ from ‘Loveratri’ and ‘Urvashi’.

There has been no official release date for the track, but we can expect it soon.