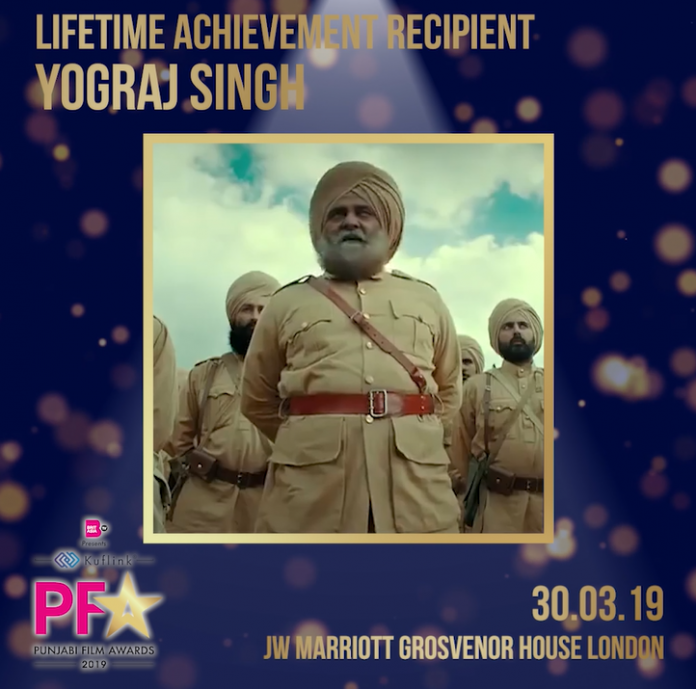 Legendary actor Yograj Singh will be honoured with the ‘Lifetime Achievement’ award at the Punjabi Film Awards 2019.

Former Indian cricket player hit the big screen in 1983 starring in ‘Batwara’, and subsequently went on to star in over 50 classic Punjabi movies, including ‘Qurbani Jatt Di’, ‘Badla Jatti Da’ and most recently ‘Sajjan Singh Rangroot’.

In honour of the fantastic achievement he has made in the industry, we will be awarding the actor with the ‘Lifetime Achievement’ award.

The Punjabi Film Awards 2019 will take place at the Grosvenor House, JW Marriott Hotel in London on the 30th March 2019, to celebrate and honour the brilliance of the Punjabi Film Industry.