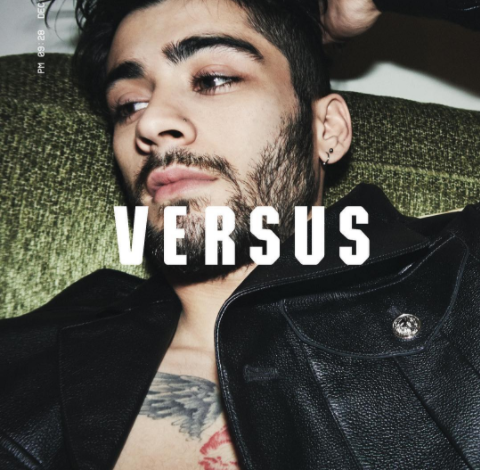 Former One Direction member, Zayn Malik, is really making his mark in the music and fashion industry. The 24-year-old has collaborated with Versace to create a collection for the Versus line, Zayn x Versus, which has launched today online and will be in stores 22nd June.

The collection is full of pieces for menswear and women-swear which has an aesthetic style with rock and roll vibes.

Sources say Chief Designer of Versace ‘Donatella Versace’, who met Zayn through Zayn’s girlfriend, states ‘Versus is about uniting fashion with music’ and ‘after meeting Zayn I wanted to collaborate with him’. The latest pictures of the collection features him in an attire of black jeans, t-shirt and boots along with silver jewellery.

Zayn’s girlfriend Gigi Hadid supported him to score the Versace gig and is featured in the photography for the Versus Versace collection alongside her sister, Bella Hadid, modelling the womenswear collection.