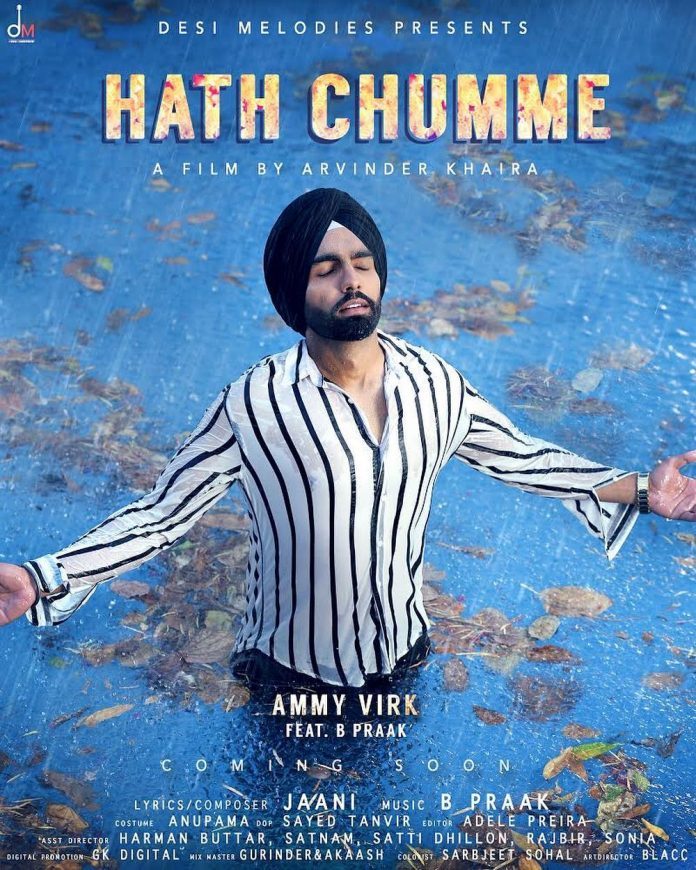 We’ve seen the Punjabi singer feature in many movies over the year such as ‘Harjeeta’, ‘Nikka Zaildar 2’ and many more, but fans have eagerly been waiting for new music from the Punjabi native, since the release of ‘Qismat’ which was a huge hit, and garnered over 117 million hits on YouTube.

Jaani is a well established lyricst in India and he has joined forces with Avrindr Khaira, who is hailed as one of the most talented video directors, to start up their own record label Desi Melodies. They announced that their first release would be with Ammy Virk, and recently released the first official poster for the song ‘Hath Chumme’.

The track has been written by Jaani, with the music by B Praak and the video has been directed by Arvindr Khaira, so we’re sure this will be another hit by the famous trio. Jaani has hinted that he will be releasing more heart-breaking songs, so this could be one of those releases sung by Ammy Virk.

An official release date has not yet been announced, but we will keep our eyes peeled for the release.