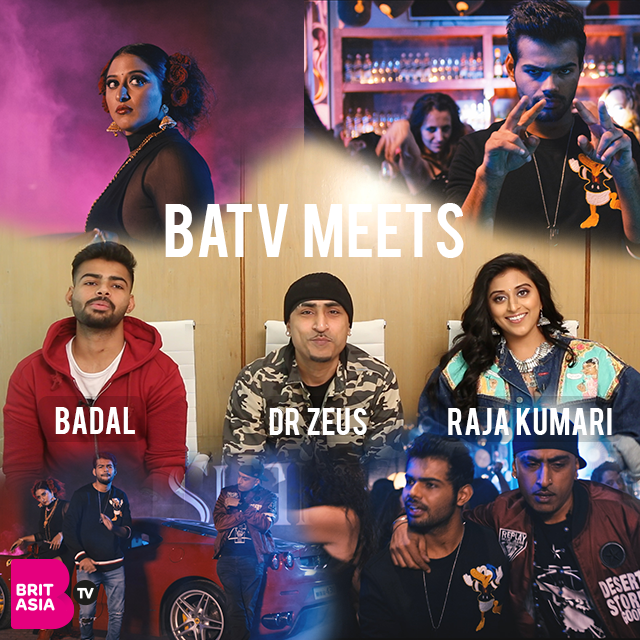 Vamos is a first of its kind upbeat track which has been written and sung in not just one or two but three different languages altogether! The fusion of Spanish, Punjabi and English is what makes this song have its own style and uniqueness to it.

Dr Zeus explained further about the record label ‘BeingU’, and how he has more freedom with the music he produces and is able to be himself.

Raja Kumari spoke to us on why she teamed up with the British Asian producer and Badal for this track and said, “She likes to work with the best of the best”.

We also asked the trio who they would like to work with the most, with Zeus mentioning that he would love to work with Dr Dre, whilst Raja Kumari told us Kanye West would be hers and Badal answered Selena Gomez.

We can expect to hear new music from the artists, with Zeus’s album ‘Global Injection’ coming out soon.

Catch the full interview with Dr Zeus, Raja Kumari and Badal below and watch out for ‘Vamos‘ on BritAsia TV.