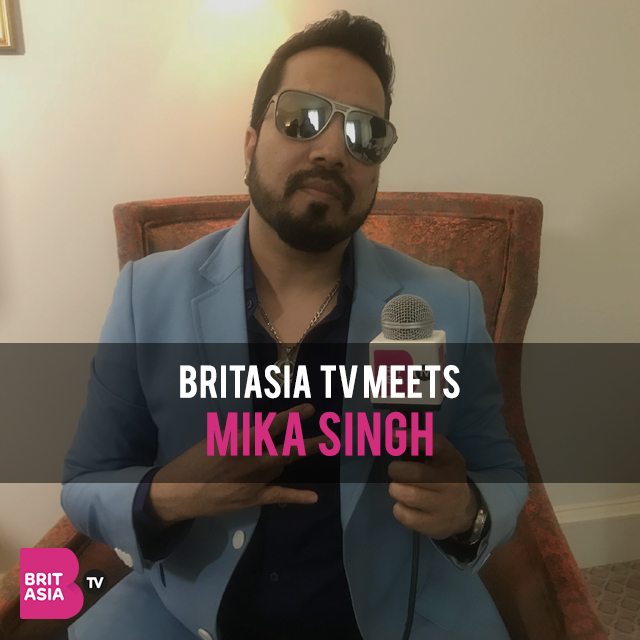 BritAsia TV caught up with legendary Punjabi and Bollywood singer Mika Singh to talk about his career, relationship with his brother Daler Mendhi and his future plans.

The singer is currently in the UK to celebrate his latest release ‘Party Chale On’ which features in the upcoming Bollywood movie ‘Race 3’ starring Salman Khan, and to meet his loyal and devout fans.

Mika delved into his love for the UK Bhangra music scene, and what he currently thinks of the state of Punjabi music. Mika spoke about how UK music has moved over to India, where they are copying the sounds of UK Bhangra music and giving their own spin to it.

Mika also has own label where he launches new talent and looks for aspiring singers. He has worked with Bollywood pop singer, Akasa, in the past, where she travelled with his band all over the world when she was 17. The Punjabi singer told us he loves helping and supporting his Punjabi brothers and sisters.

The Punjab native has been in the Bollywood industry for the past 10 years now, and he told us how he has to change and adapt to the ever-changing music scene, to keep himself current and successful.

He also said he has a lot to owe to his older brother, Daler Mehdni, who has always supported his career and told him that Mika was destined to be a singer. Mika has a lot of plans for the future, and we can expect more music from him. He has just released his latest track ‘Party Chale On’ for the Bollywood movie ‘Race 3’.

Check out the full interview with Mika Singh below.