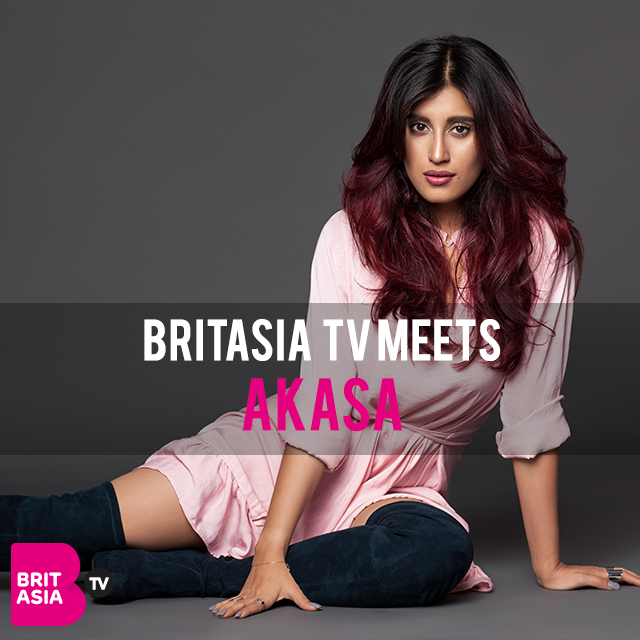 BritAsia TV caught up with Bollywood songstress Akasa to talk about her career, her latest track ‘Thug Ranjha‘, and future plans.

The pop singer has recently released her first pop track ‘Thug Ranjha’, which has already been hailed as one of the biggest songs of the year, and is sure to go down well in clubs with its racy party beats.

Akasa followed her father’s footsteps, who was a Punjabi artist and musical director, after seeing him perform on stages she knew that’s when she wanted to become a singer. She kick started her career when she was chosen to be in Punjabi singer Mika Singh’s band when she was 17 years old, where she was able to tour the world and get her first experience on stage.

She then went on to do a reality TV show, where her Bollywood debut came from and from there has released her own tracks.

Akasa’s latest track ‘Thug Ranjha’ has been inspired by her own upbringing from being in a family full of men, and being in that state of mind that she is just as equal to them.  She wanted to break away from the stereotypical heart break songs, and release a girl power song that many can relate with.

The singer has a lot more music in the pipeline, where can expect even bigger and better thngs from her. She has also recently took part in ‘The Remix’ an original Amazon Prime Series, and has also taken part in another digital show alongside Bollywood actress Shilpa Shetty.