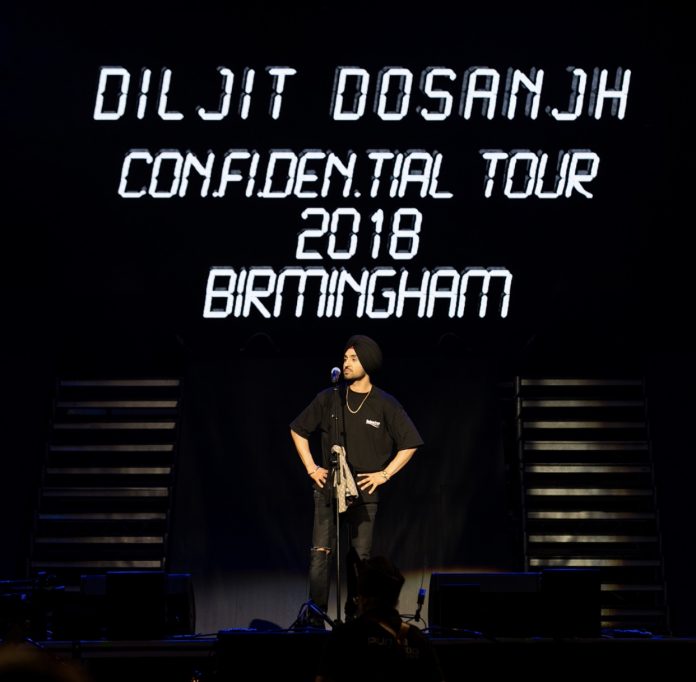 Punjabi superstar Diljit Dosanjh, is no doubt one of the leading artists in the Punjabi music industry, and has now become the biggest selling Indian artist to date for a single concert at Arena Birmingham.

The singer kicked off his Con.Fi.Dent.Tial UK tour on Saturday in Birmingham, to a sell-out audience of nearly 9,000.

Not only has he become the biggest selling Indian artist, but also includes the largest stage for a South Asian artist ever to be constructed within Arena Birmingham, with a 22-metre stage.

Fan were treated to a Bhangra music melody with Diljit performing his hits ‘Patiala Peg’, ‘Do You Know’, ‘Raat Di Gedi’ to his new tracks such as ‘High End’ from his latest album.

The singer will be bringing his Bhangra shutdown to two more shows in the capital, London and then ending the show in Leeds.

Speaking about the tour, Famous Studios’ Kaka Singh Mohanwalia – UK and European Manager for Diljit Dosanjh said: “We are delighted to confirm that Diljit has the record as the biggest selling Indian artist here in Birmingham.

This is a huge achievement and after selling out his 2016 tour, he has now reached another milestone in his career.”

Diljit Dosanjh is also set to star in Bollywood movie ‘Soorma’ which is due to be released July 13th 2018.