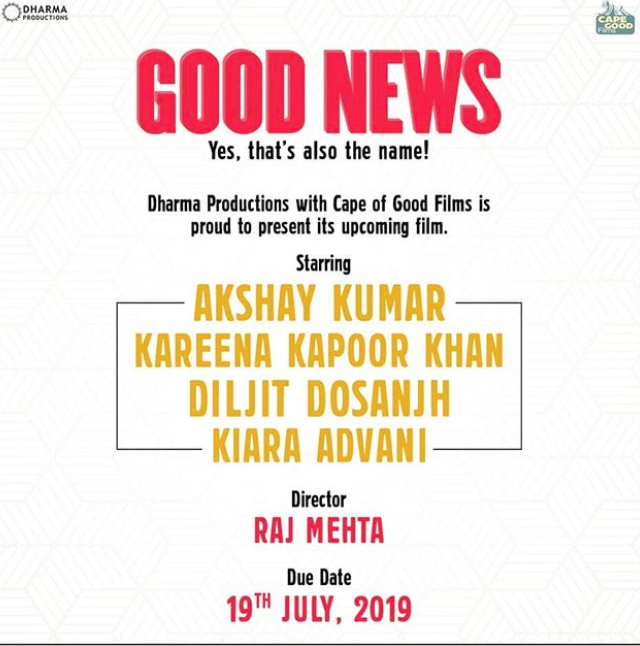 The announcement was made today, after the makers behind the movie and the stars of the movie, shared the poster across their social media channels.

‘Good News’ is slated to be released on July 19th, and has been directed by Raj Mehta. Akshay Kumar and Kareena Kapoor Khan will be lead actors in the movie, and Diljit Dosanjh and Kiara Advani will play pivotal roles.

This isn’t the first time the cast will be working together. Akshay and Kareena have both starred in a number of films together such as ‘Ajnabee (2001), ‘Tashan’ (2008), ‘Bewafee’ (2005), and many others. Kareena also shared the big screen with Diljit Dosanjh in ‘Utda Punjab’ (2016).

Whilst we wait for more news about ‘Good News’, Akshay Kumar is set to star in Hockey based movie ‘Gold’.  The movie, directed by Reema Kagti, is based on true events about India winning its first Olympic gold medal in hockey as a free nation in 1948.