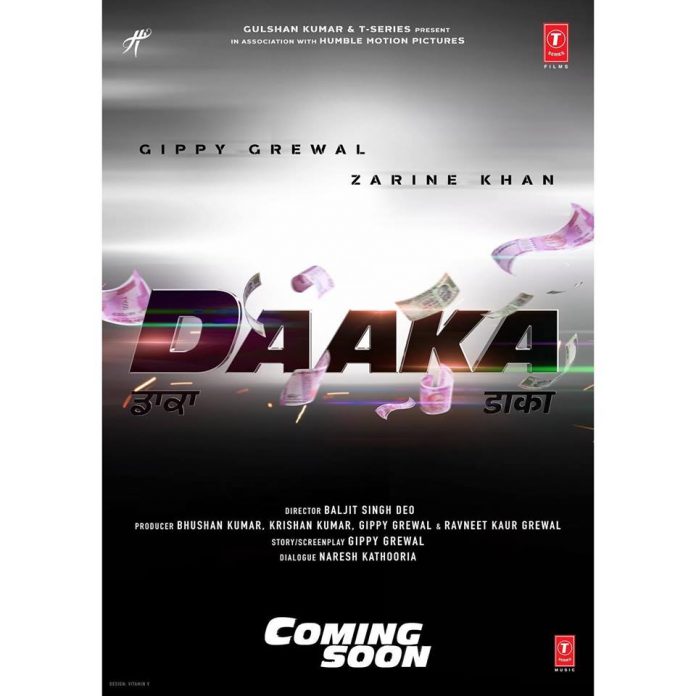 Towards the end of last year, Gippy Grewal announced that he would be working with Indian music giants T-Series, on two movies this year. He also shared that popular directors Smeep Kang and Baljit Singh Deo would be involved with the movies.

Gippy Grewal took to his 2.8 million Instagram followers to share the poster for the first movie project:

It was revealed that the movie will be called ‘Daaka’ and will be starring the ‘Manje Bistre’ actor and Zarine Khan in leading roles. It will be directed by Baljit Singh Deo and will be produced by Bhushan Kumar, Krishan Kumar, Gippy Grewal and Ravnet Kaur Grewal.

There hasn’t been any other news around the flick and no official release date has been announced.

In the meantime, Gippy is also preparing for the release of the sequel to ‘Manje Bistre’. It has also been directed by Baljit Singh Deo. 2019 is set to be a big year for the actor, as he is shooting back to back movies. He is also currently shooting for the movie ‘Chandigarh-Amritsar-Chandigarh’ alongside Sargun Mehta.