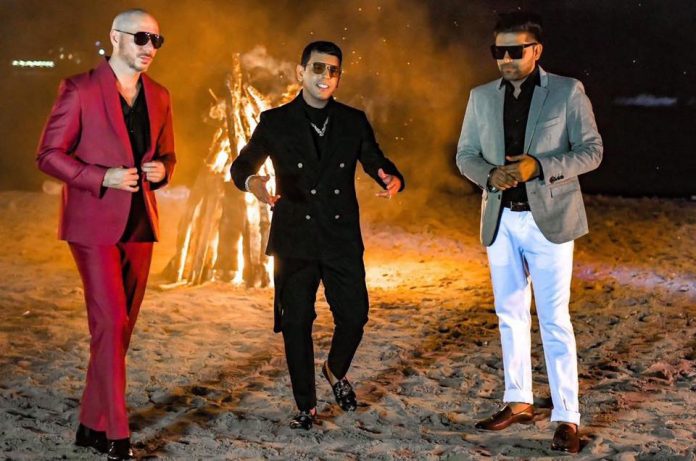 After the huge worldwide collaboration with Pitbull, Guru Randhawa is once again pairing up with Mr Worldwide and Puertro Rican singer Tito. ‘Slowly Slowly’ crashed records all over the world, and reached 174 million views on YouTube.

Now, the popular Punjabi singer is set to storm the Spanish charts with the upcoming single ‘Mueve La Cintura’. He took to his Instagram to share a picture of the power trio.

My first Spanish song with sir @pitbull and my bro @titobambinoelpatron will be Out soon. Song name is MUEVELO CENTURA ❤️❤️ Let’s take India worldwide with This one too. 🔥🔥🔥

The ‘Lahore’ singer captioned the post with “My first Spanish song with sir @pitbull and my bro @titobambinoelpatron will be out soon. Song name is MUEVE LA CINTURA. Let’s take India worldwide with this one too.”

The exciting news has got us wondering what we can expect from the huge track! A release date isn’t mentioned but hopefully it drops very soon.