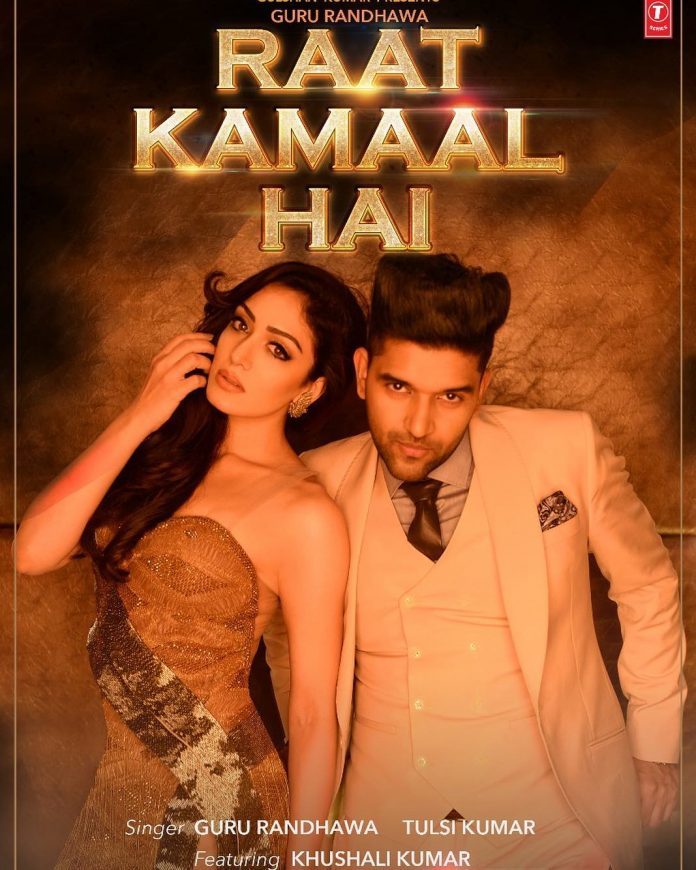 Guru is everywhere at the moment, and his songs get popular by the minute, with even Bollywood being a huge fan of his. His popular track ‘Suit Suit’, ‘Patola’, have all been plucked out by Bollywood to be used on the big screen.

He’s also sang ‘Kaun Nachdi’ for one of the biggest Bollywood movies of 2018, Sonu Ke Titu Ki Sweeti, and it looks like there is no stopping the Punjabi singer.

He is now set to release his next song titled ‘Raat Kamaal Hai’, which would be the first time the singer sings in Hindi.

The song will feature sisters Khushali Kumar and Tulsi Kumar, where Tulsi will be lending her voice and model Khushali starring in the video.

Raat Kamaal Hai ft. @khushalikumar and @tulsikumar15 releasing on 26th April on @tseries.official Can’t wait for this one 🔥❤️

The poster shared by Guru, shows him looking suave as usual next to the model. The song seems to be a romantic track, but with every Guru song we can expect something different.

The track is due to be released on 26th April.