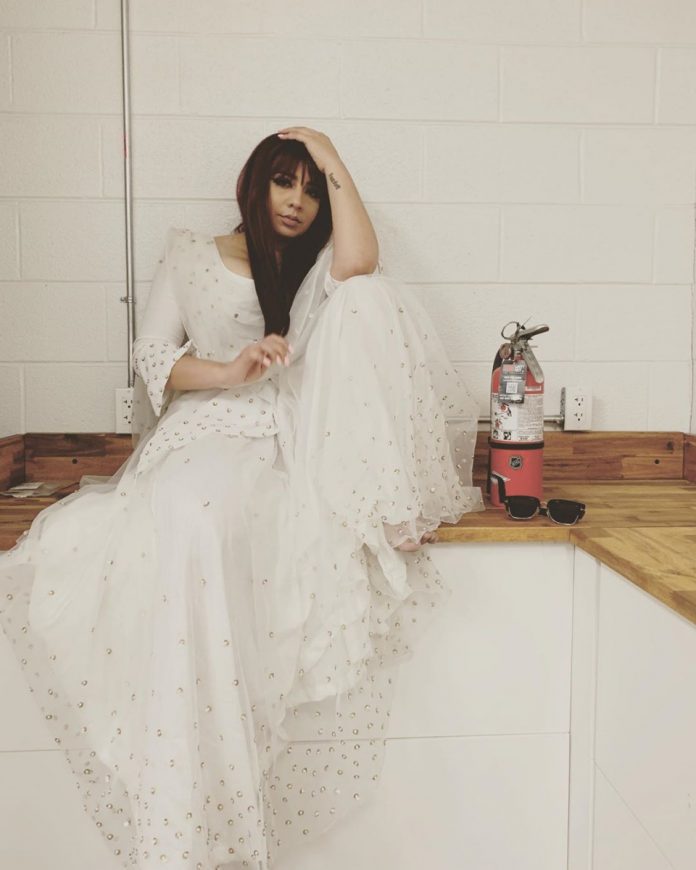 Punjabi singer Jasmine Sandlas has hinted that she is revamping her debut track ‘Muskan’ with music producer Byg Byrd.

There is no doubt that Jasmine Sandlas is one of the most popular Punjabi singers around at the moment, and each release is an instant success.

She has heaps of music that is waiting to be released, and the ‘Sip Sip’ singer isn’t settling with just that. Whilst on her North America tour, she has been in the studio with various producers and most recently with Byg Byrd.

Byg Byrd’s popularity rose with Punjabi singer Sidhu Moosewala when they stormed the scene with ‘So High’ (2017). Since then, the fire duo have been releasing hit after hit, and winning awards on the way.

The Gulabi Queen is no stranger to Snapchat and gives her fans a look into her personal life through the social media platform. Earlier this week, she shared a video of her track ‘Muskan’, where she wrote “The beginning of it all. Muskan is being recreated.”

She then shared glimpses of Byg Byrd suggesting that he will be the producer behind the music. This won’t be the only track where they work together, but she teased her fans that they are working on other projects as well.

Jasmine is always full of surprises and huge hits, so we’re sure whatever she releases will be as big as the previous!