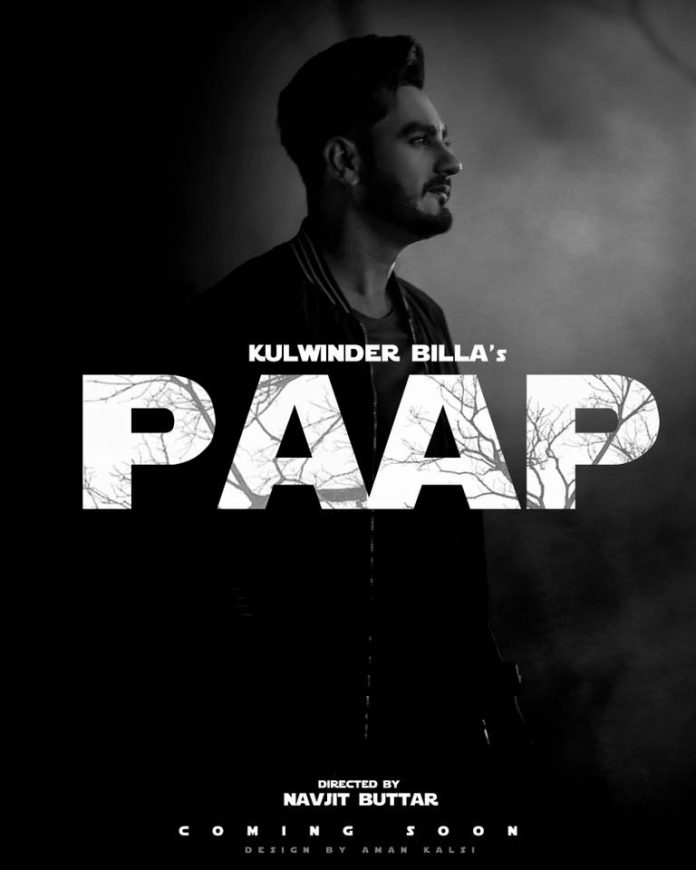 At the end of last month, Punjabi singer Kulwinder Billa announced he has brand new music on the way for his fans.

The ‘Time Table’ singer has kept his fans guessing on what type of genre the track will be, but looking from the poster it could a sad emotional one.

A date hasn’t been given for the track either, but hopefully we will be hearing ‘Paap’ soon!