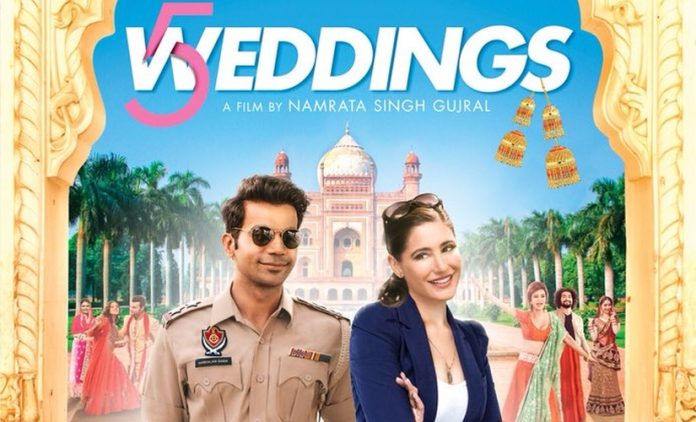 American Indian Nargis Fakhri is set to star in the upcoming Hollywood movie ‘5 Weddings’, which marks the return of the actress on the big screen after two years, since her previous movie ‘Banjo’.

The movie is based on Nargis Fakhri’s character, who is a journalist and is told that if she writes a piece on an “Indian-themed story”, she will become the editor in chief of the publication she is working for in America.

The topic she is asked to pick is Weddings in India, and embarks on a trip to India and finds herself being chaperoned by a police officer, played by Rajkummar Rao, who is suspicious of the journalist.

She travels to Punjab with him, and mocks the Indian customs and culture, until we see a transformation within the actress and delves into a romance with Rao, when it then turns into a love story.

The movie is set to be a fun and comical movie, featuring award winning actors such as Bo Derek and Candy Clark in the supporting cast, which shows this movie has a lot to offer. The movie was also showcased at Cannes Film Festival, which created a buzz around the movie.

At the end of last year, we saw Fakhri debut as a singer in Dr Zeus’s track ‘Woofer‘, which also featured Zora Randhawa and rapper Snoop Dogg.

‘5 Weddings’ has been directed by Namrata Singh Gujrap, and is set to be released in cinemas on 21st September. In the meantime, catch the trailer below.